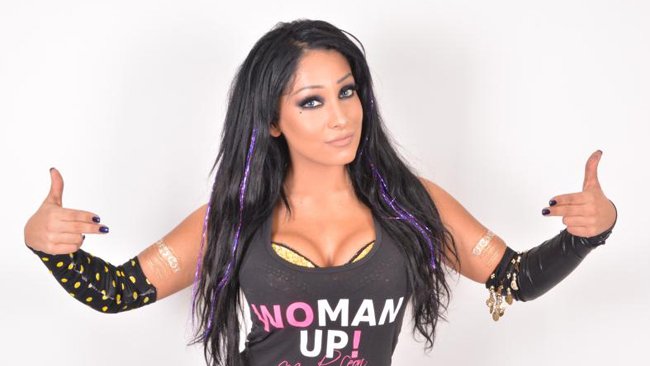 The up and coming member of The Allure spoke with ROH’s official website, answering ten questions about her life and her trials in and out of the ring. When asked about her bucket list, she mentioned ghost hunting with Zak Bagans, vacationing in Bora Bora and ending the interview out of boredom. Sadly for her, it continued. A few key excerpts from the talk are reproduced below:

What would you be doing if you weren’t a pro wrestling?

If not wrestling, I would either have gone on to pursue a fashion design career or become an archeologist. I have an obsession with ancient history and always say that if I wasn’t involved in wrestling today, I would be an archeologist traveling the world doing excavations and laboratory analyses.

Best advice you’ve been given about the wrestling business?

My mother knew at the time I began pro wrestling training at the ROH Dojo that I was the only female student during that time in my class and her advice essentially was always: “Never give up, never let anyone bring you down, give everything your all, be a mind ninja and don’t let anyone phase you, and stay focused.”

What’s a subject you’d like to know more about?

Do you have a message for Kelly Klein before your title match in London?

Message? No. I’ll let my actions do the talking. She’ll get her message delivered personally to her in London.

You can see the full interview linked in the tweet below:

Advice given to her about entering pro wrestling; what @britneyspears, ghost hunter @Zak_Bagans & 100 Pomeranians all have in common; her message to @RealKellyKlein ahead of their title match Oct. 25 & more: https://t.co/pj2xUhAguT pic.twitter.com/MT4rjuJXdb