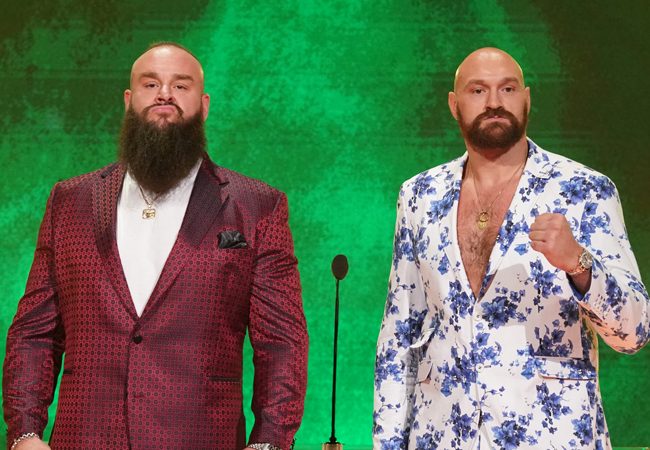 After traveling around the world with WWE, Tyson Fury made his way back to his native England along with Friday Night SmackDown. While back home, Fury took some time to enter the ring and praise his country for its fans, before calling out Braun Strowman from the back. While it looked like the two might get into it for a moment, Fury quickly extended his hand once Strowman entered the ring, thanking him for a fun match at WWE Crown Jewel and saying that the next time they fight, it should be as a team.

Strowman laughed at the idea, saying that no one was stupid enough to take them on. However, the B-Team quickly came out to the ring, saying that they were definitely stupid enough to challenge them. Unfortunately for the B-Team, they didn’t stand much of a chance. Strowman quickly knocked the pair out, before throwing them into the ring for Fury to deliver a nasty punch to Bo Dallas. After dispatching both members, Fury and Strowman made their way out of the ring, giving the fans one last fist pump.