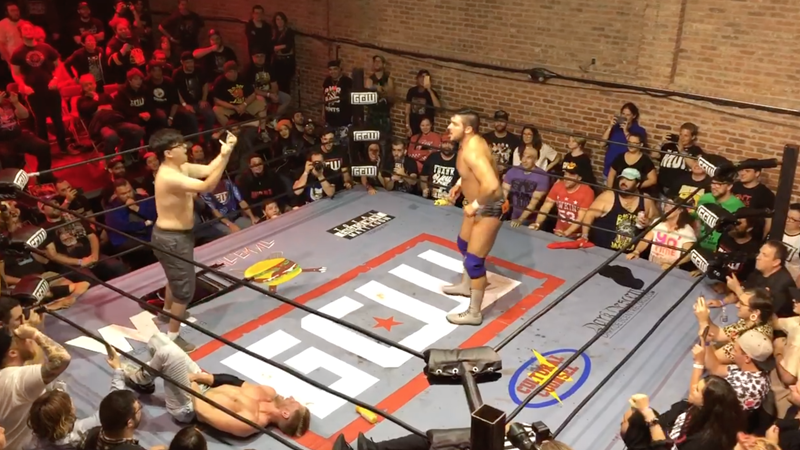 Superhumman made his long-awaited GCW debut, and Ethan Page‘s trash talk and lack of respect resulted in him taking a Stunner in the ring.

Superhumman came to the ring in what appeared to be a set-up for one of his trademark stunts for his Juggalos and Juggalettes, but Page interrupted him and they got into a minor scuffle before Superhumman left the ring. After taunting the crowd about having healthcare and having his matches air on Twitch (for IMPACT), Page took on Orange Cassidy as his scheduled match on the Curtain Card card. The climax of the match saw some shenanigans, with Superhumman returning to assist Cassidy, and he connected with a chair shot before hitting a Stunner in the middle of the ring. Superhumman then handed Cassidy his shades, and Cassidy hit a huge top rope elbow drop for the win before the two toasted referee Bryce Remsburg with some ‘freshly squeezed’ orange juice to cap off the segment.

Check out the Stunner video below: