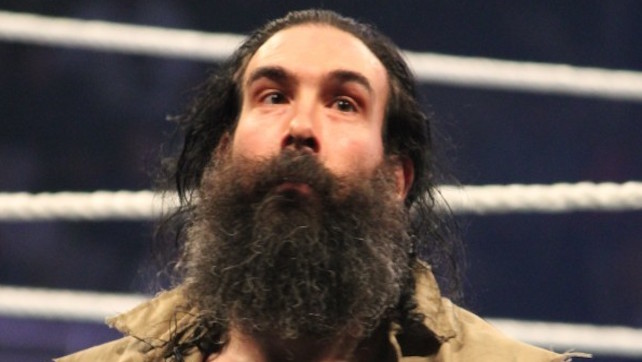 At WWE Clash of Champions, Roman Reigns and Erick Rowan continued their heated rivalry in a No Disqualification match. Thanks to the interference of Luke Harper, Rowan defeated Reigns.

After several twists and turns, the mystery surrounding the Big Dog led him to this match with Rowan. Reigns took the fight to the big man and the match was under way. Rowan dropped Reigns with an elbow and manhandled him around ringside. Reigns grabbed a kendo stick but Rowan hit him with the steel stairs. The brawl spilled into the crowd, where Rowan used the kendo stick and a trash can as weapons. Reigns hit the Drive-By but Rowan floored the Big Dog like a runaway train.

Rowan got a near fall after a modified Uranage. Rowan exposed part of the LED apron and slammed Reigns onto it. Reigns dropped Rowan with a Samoan drop. The Big Dog hit Rowan with the stairs and got a near fall after a Superman Punch. Rowan countered a Superman Punch into a powerbomb through an announce table for a near fall. Rowan used the ring bell as a weapon and the fight once again spilled into the crowd. The Iron Claw slam put Reigns through another table. Rowan carried Reigns on his shoulders back to the stage. The Big Dog hit Rowan with a mounted camera twice. Harper came from out of nowhere and attacked Reigns. Harper and Rowan double-teamed Reigns in the ring. Rowan pinned Reigns with the Iron Claw. The former Bludgeon Brothers stood tall after the match.

Harper hadn’t been used regularly on WWE TV since losing the SmackDown Tag Team Championship at Summerslam last year. He did have surgery during his time away, and returned from injury to compete at WrestleMania Axxess against Dominik Dijakovic and as a participant in the Andre The Giant Memorial Battle Royal.

Following that, Harper requested his release but it was not granted. It’s believed that Harper’s contract was originally set to expire in November 2019, but it’s been reported that WWE will be adding six months to it due to the time missed.