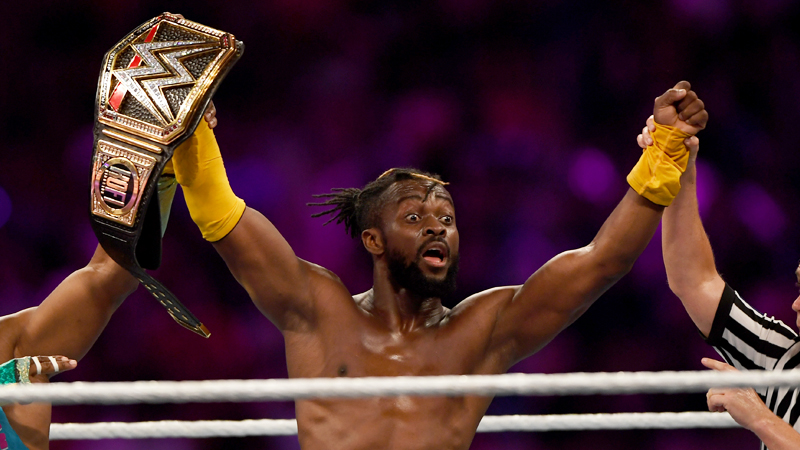 In recent weeks, the bitter rivalry has grown even more intense. Orton and the Revival have attacked Kingston and his friends Big E and Xavier Woods. Kingston defended his WWE Championship against the Viper. In this match, Orton gained the upper hand early but Kingston rallied. Orton thumbed Kingston in the eye to regain control. The Viper bounced Kingston’s head off the announce tables and suplexed him from the apron to the floor. The challenger planted Kingston with two suplexes onto an announce table. Orton bounced Kingston’s head off the steel steps but Kingston got some breathing room after he dropped Orton with a clothesline. Kingston continued to rally and hit the Boom Drop. The Viper reversed Trouble in Paradise into a backbreaker for a near fall.

Later on, a powerslam and a spike DDT gave Orton all the momentum again. Kingston reversed the RKO into a pin for a two count. The Viper struck with an RKO but Kingston reached the ropes to prevent the successful pin. Kingston dodged a punt kick and hit the Trouble in Paradise for the win.