HomeNewsIMPACT Bound For Glory Had The Fun Thrills Of A Good Scary Movie, But They Have To Be Careful 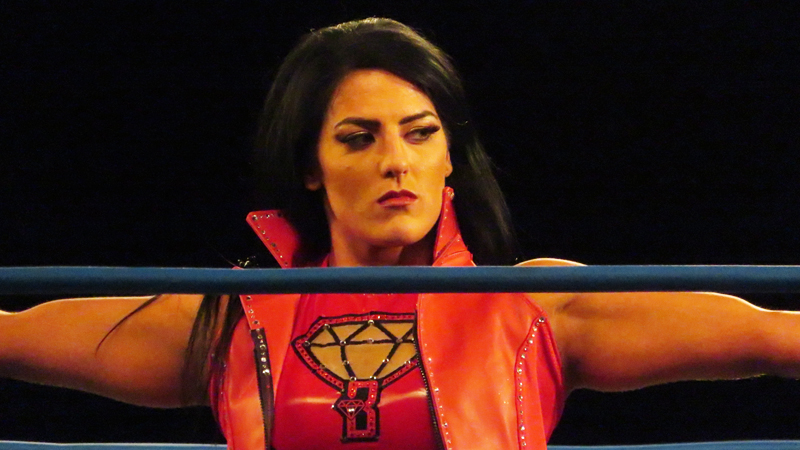 It’s funny that Halloween is right around the bend and IMPACT just had it’s biggest PPV of the year this past weekend with Bound For Glory because the promotion truly is the Michael Myers of wrestling. The company just keeps coming back despite being labeled dead on many occasions and got a reboot of its own with AXS scooping it up as a property (a revitalization no one saw coming).

Bound For Glory was a major opportunity for IMPACT to show that it still has some shine in the pro wrestling world with plenty of fresh talent to showcase (and some familiar fighters mixed in). Their All Glory event on Saturday was a horror show in its own right as their Twitch broadcast struggled to air (Josh Matthews’ cell phone be damned!) so it was pretty imperative that BFG left a better impression on Sunday. It certainly had the benefit of a stacked card from top to bottom.

Overall, the show did leave a way better impression. The utilization of legacy acts was very well-balanced with the talent of today that created a tangible card for both the casual and ardent fan. Their top stars greatly looked that part, any of which could be prominently featured at the top of the card every Monday, Wednesday or Friday night, but the primary question that they left me with after watching: were they handled right?

IMPACT World Heavyweight Champion in Brian Cage absolutely was. “The Machine” had a bit of everything on Sunday. His physique and in-ring work speaks for itself, but he came out in “Wolverine Weapon-X” attire that made Triple H’s Mad Max rendition look like a Spirit Halloween rental. Plus, his “thrill of victory” moment with his wife Melissa hearkened back to the days of Randy & Elizabeth which was something that an entire fanbase could get behind. Cage is the perfect champion to lead IMPACT into a new era, which kicks off next week on AXS, and Cage and Callihan did a damn good job at furthering that point home.

The match between Moose and Ken Shamrock was a stupendous surprise in a card sprinkled with nostalgia. Shamrock’s 55-year-old physique didn’t look at day over 32 and his brawler, beat ’em up style is still a key part of his ring repertoire. He very much can still hang in the ring and it completely is a head-scratcher as to why WWE won’t welcome him back into their big-budget bosom. Moose himself also played his key part in making Ken look every bit as “Dangerous,” but still showed why he should a featured act on the roster and a tainted victory over Shamrock hammered that point home.

IMPACT’s arguably top star, however, didn’t receive a hand raise, and I can’t help but chalk it up as a missed opportunity. Tessa Blanchard was quite over with that Chicago crowd and they were fully behind her pulling that X-Division Title down. Ace Austin, who as a long-time Gambit fan I’m every bit about, secured the title. Perhaps IMPACT is feeling the Dusty “thrill of the chase vibe” with Tessa, but fans who are already associated with Blanchard’s badass aura I’m sure felt a bit undercut by not having her come out the winner. The Born Legend’s got it all and she shouldn’t be shied away from in any aspect.

IMPACT didn’t shy away from inter-gender wrestling or comedy in their “Call Your Shot” Gauntlet Match and I do think that a great deal of it was in detriment to the objectives intended. I do believe that inter-gender encounters (and very rarely matches) can work if handled properly, but when you dump it all at once in a match opener that sets the tone for the entire show, then it plays against what you as a company are trying to get across. Having acts like Swoggle mixed in with unique talent such as Kiera Hogan and Madman Fulton creates a blend of chaos that muddies the waters of the legitimacy of your product as a whole. You want such matters to mean a lot when you do execute them, but when you over-saturate one match with all these elements, it only waters down their significance. This was a missed opportunity of “less is more” and the “Call Your Shot” Gauntlet was way too much for its own good. There’s a place for everything in wrestling (obvious tasteless choices notwithstanding), you just have to handle it in the right manner.

Something that absolutely was handled in the right manner was Michael Elgin vs. Marufuji in what was undoubtedly the match of the night from an in-the-ring standpoint. In a world filled with high-flying spectacle, Elgin and Marufuji mixed some of that in with the Japanese strong style that both competitors are so in-tune with. It created a thrilling slugfest that rocked the two in the ring and the crowd in their seats.

One matter IMPACT needs to be very careful of while making that important transition over to AXS TV is washing off any semblance of WWE, not just because it had a reputation of “rehash” in the past, but because the way that they deliver their commentary still reflects a McMahon more than it does of a Solie or even a Tenay of yesteryear. Too many times did I hear Josh Matthews call a victory before the pinfall was fully administered and it’s something we’ve seen from Vince’s playbook way too often. It telegraphed a surefire kick out every time. There also happened to be many moments where Matthews undersold key moments in matches in favor of being baseball game conversational with Don Callis and it didn’t help the story nor the star being showcased.

Those points aside, I believe IMPACT is taking a positive direction on it’s way to AXS. Just take note from JAWS rather than say, Hellraiser, and choose your proper form of attack without letting the monster be seen too much.