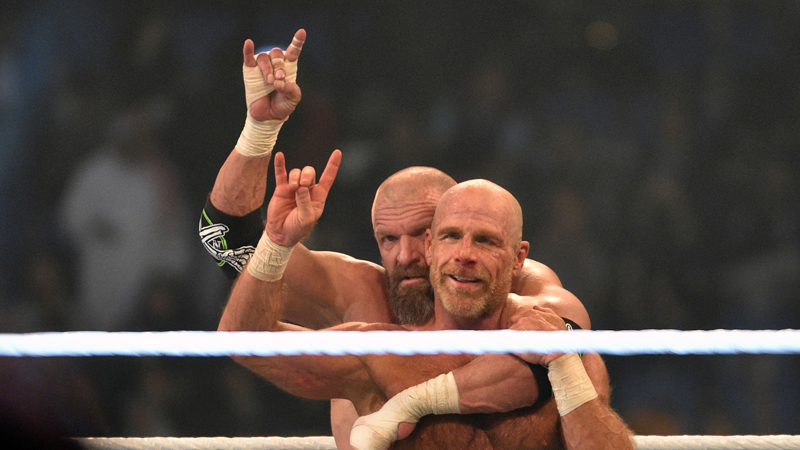 WWE put out video of quite the dream match … but in WWE 2K20 form.

Check out a gameplay video of Triple H and Shawn Michaels taking on Johnny Gargano and Tommaso Ciampa below:

Mansoor made a big impression in Saudi Arabia when he won a 51-man battle royal and he’ll return to the country to battle Cesaro at Crown Jewel later this month. WWE spoke with the developmental talent on how much it means to him to be involved on these shows.