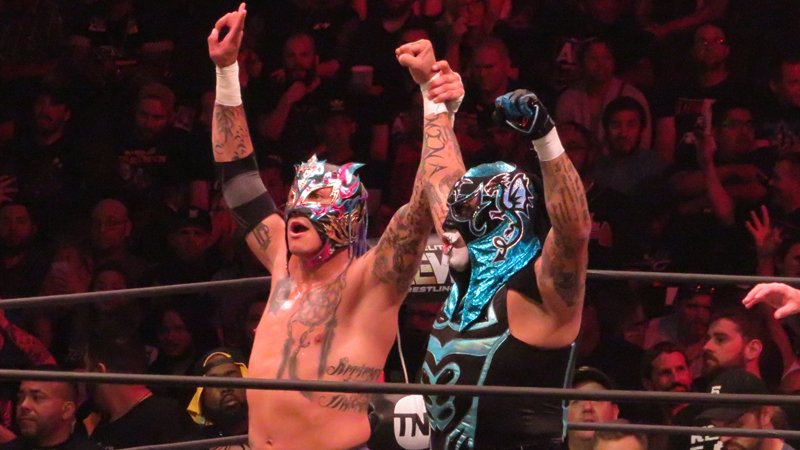 The finals of All Elite Wrestling’s Tag Tournament is set.

AEW Dynamite kicked off with a huge tag match between Private Party and the Lucha Bros. It was the first of two semi-finals in their tag team tournament to take place in Pittsburgh. Private Party looked great early on but the veteran luchadors weren’t about to go away easy as they battled back into the match.

After a series of spectacular dives and high flying, the ending sequence came after Fenix managed to kick out of an amazing shooting star press by Marq Quen. Pentagon got tagged back in and delivered a Canadian Destroyer to clear out the ring. He then picked Quen up for a packaged piledriver foot stomp and picked up the pinfall victory.

In the other match, SoCal Uncensored managed to overcome The Dark Order. The finish came after Scorpio Sky and Kazarian managed to hit their combined finisher, SCU Later, on their opponent.

The finals will take place next week on AEW Dynamite.

The Finals are set! SCU vs the Lucha Bros next week in Charleston, WV to crown the FIRST #AEW World Tag Team Champions. Watch on @tntdrama or join us LIVE @CCCWVA … Great seats are available at https://t.co/UN1cNj1kQq pic.twitter.com/zG0YgLm7pt