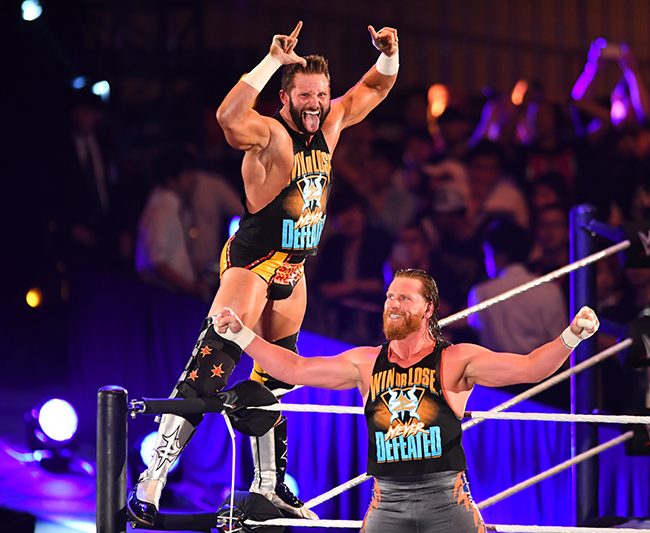 WWE has announced that Curt Hawkins and Zack Ryder will receive a RAW Tag Team Championship match this coming Monday. Should they win, they will take the Viking Raiders place at Survivor Series against the NXT and SmackDown Tag Team Champions:

A Triple Threat victory at WWE Live in Mannheim, Germany, has led to a golden opportunity for Zack Ryder & Curt Hawkins that could shift the balance of not only Raw, but Survivor Series as well.

After defeating The O.C. and The Street Profits in a match at the Live Event, Ryder & Hawkins will get their big chance when they challenge reigning champs The Viking Raiders this Monday on Raw.

To say the fan-favorite former champs face a tall order is an understatement. Erik & Ivar remain undefeated in traditional tag team action, most recently knocking off former NXT UK Tag Team Champions Mark Andrews & Flash Morgan Webster. But Ryder & Hawkins’ persistence speaks for itself, as does recent history. The all-champions’ Triple Threat Match at Survivor Series has already been upended thanks to The New Day’s SmackDown Tag Team Title victory against The Revival, and it’s not out of the question for Ryder & Hawkins to (again) defy the odds and (again) change the complexion of next Sunday’s battle for brand supremacy.

Tune in to Raw to see who heads to Survivor Series as Raw Tag Team Champions, this Monday live at 8/7 C on USA Network.