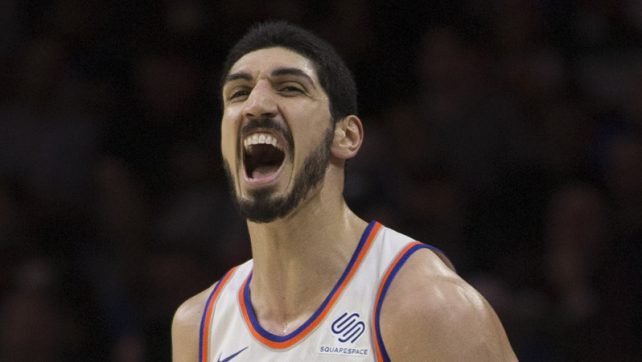 NBA star Enes Kanter spoke to Boston Magazine about his recent WWE appearance prior to an episode of RAW where he became the WWE 24/7 Champion and talks openly about wanting to pursue a WWE career in the future.

Here are some highlights.

Enes Kanter On His WWE Past:

“It was just so fun. They asked me if I wanted to be a villain or a hero, and I’m like, ‘A villain!’ They said, ‘You’re going to be the most hated man in New York that night.’ I was like, ‘I’m ready for this, let’s do it.’ It is more fun to play the villain. You get all the boos, you get in people’s faces and talk trash to them. I’m even thinking of becoming a WWE wrestler after basketball.”

“You know, I haven’t figured it out yet. People are saying I can’t be a villain and call myself Turkish Delight. It’s too soft. I think Enes the Menace is a good one. I need to think about it. I know a lot of great people from WWE, and I am sure they help with that once you get there. But I have to finish my basketball career first.”