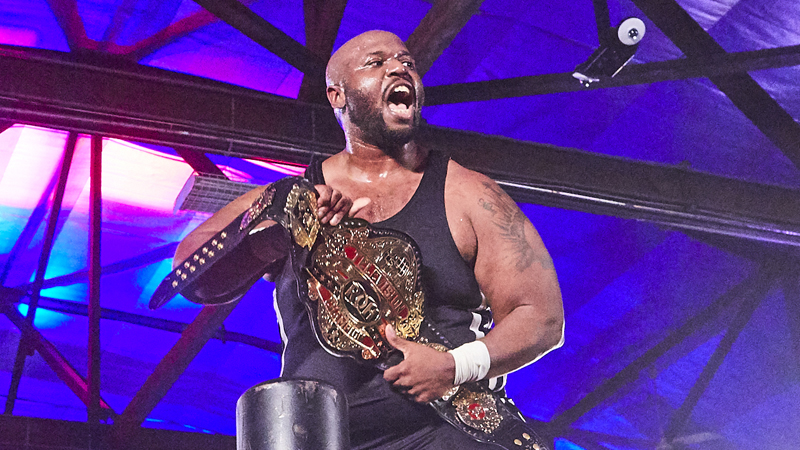 The finale of Friday’s ROH Death Before Dishonor saw Shane Taylor overcome some huge odds to retain his Ring of Honor World Television Championship. In a match that was initially billed as a triple threat, the ROH world was shocked to find that Dragon Lee was added as a surprise fourth competitor to the match.

Despite the surprise, Taylor still came away with a big win, thanks in part to the chaos of the match. For a brief breakdown of the match, check out below courtesy of our live results:

Taylor and Williams exchange strikes. Lee hits a slingshot kick on Taylor and a stiff knee on Williams. Lee dives onto Williams and Gordon. Taylor dives onto all three men. Gordon plants Taylor with a DDT. Williams slams Gordon’s head off the turnbuckle but Lee hits Hot Sauce with a brainbuster for a near fall. Lee rocks Taylor with a knee to the head but Taylor returns the favor. Taylor plants Gordon with Welcome to the Land for the win.