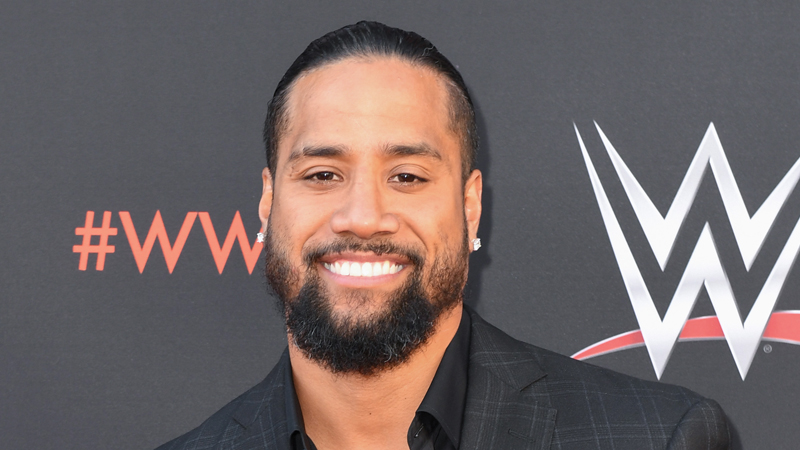 TMZ shared police video of Jimmy Uso wildly swerving his vehicle before he was pulled over and charged with his second DUI back in late July.. You can see the full six-minute clip below:

After Uso’s arrest, the local ABC affiliate out of Florida had details regarding the incident, including that he was driving 86 MPH in a 45 zone:

The report adds the deputy verified the vehicle’s speed at 86 mph by his front radar antenna. The speed limit was 45 mph.

The arrest report says the deputy conducted a traffic stop on 33-year-old Jonathan Solofa Fatu, known by his wrestler name Jimmy Uso, in the area of Highway 97A and Brockwood Place.

According to the report, when the deputy requested Fatu’s driver license, registration and proof of insurance he appeared to have some issues holding the documents in his hands.

The deputy stated in the report he observed Fatu to have bloodshot, watery, droopy eyelids, dilated pupils long with slow and slurred speech.

The arrest report says the deputy could smell an alcoholic beverage emanating from the driver side window, at which he requested Fatu to step out of the vehicle to speak with him in front of the patrol car.

The deputy said Fatu had to be told several times to get out of the car, according to the report.

The report says once Fatu got out of the car, he appeared to be unsteady on his feet. That’s when the deputy asked Fatu if he was willing to ride with him to an adjacent parking lot which was flat, level and well lit, the report revealed.

The report says Fatu agreed to ride with the deputy. Then, Fatu seemed to be confused and asked what was happening.

The deputy explained to Fatu he was going to give him a ride to the adjacent parking lot to conduct a Field Sobriety task, the report revealed.

Fatu then began asking if he needed a lawyer and if he was being detained.

The arrest report says the deputy continued to explain to Fatu he was conducting a DUI investigation and it was not possible to have a lawyer present.

The report says Fatu took his phone from his pocket and attempted to put his phone towards the deputy’s face.

The report says the deputy placed Fatu in handcuffs and placed him under arrest for a DUI.

According to the report, Fatu began to become uncooperative and had to be told numerous times to have a seat in the patrol car.

While in the patrol car, the report says Fatu told the deputy he was uncomfortable with it and wanted to speak to another deputy.

The arrest report says while heading to the jail, the deputy had to roll down his back windows due to the overwhelming smell of an alcoholic beverage that was engulfing his vehicle.