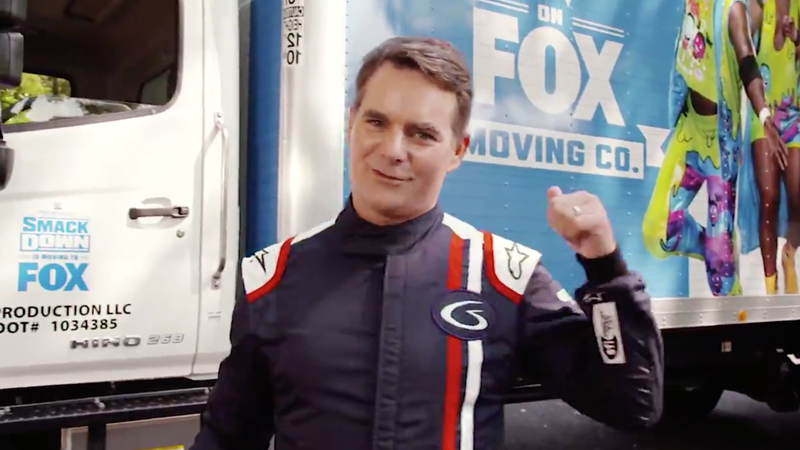 In anticipation to WWE SmackDown’s move from USA Network to FOX next month, Jeff Gordon and the WWE are teaming up to do a moving truck tour across America. It kicked off this Sunday at Clash of Champions and there are 15 other stops until the Los Angeles premiere on Friday, Oct. 4. WWE Superstars will also appear at each stop, including appearances by Seth Rollins, Charlotte Flair, Becky Lynch, and Booker T.

Here’s the full list of stops with date, city, and event: