On this installment of Collector’s Corner we take a look at Mattel WWE Series 101 from RingsideCollectibles.com where you can SAVE 10% with discount code MBG at checkout!

This series features the typical Basic style packaging with the white color scheme. Each box has an image of the specific wrestler on the front followed by everyone in the set pictured on the back.

I happen to really like this Basic figure of AJ as it features his best head scan to date. He also has one of his several blue attires with the P1 logos and other details on them plus his detailed kick pads. His gloves and elbow pad lack details unfortunately but besides that it’s nice. He even his abdomen tattoo, which is a nice touch. AJ has had a lot of Basic figures lately but the ones with his latest head scan are much better than the others in my opinion. If you love collecting all of his figures I recommend this one.

This is Ali’s very first Basic style figure and he happens to have a Chase variant in the set, too, much like he does in Elite 69. The main release of Ali is in his gray and purple attire, which is pretty cool. I personally really like this attire. His tights are super detailed and he features his same head scan from his Elite. This figure is in his wrestling attire and does not include entrance attire.

The Chase features his green attire. Unfortunately we didn’t have one in our possession in time for this review but you can currently get this version over on Ringside. It’s more expensive as it’s much harder to come by, hence why it’s a chase. I personally prefer the gray attire to the green though. You can see it in the gallery below.

Lashley also got his first Basic figure in this series and it looks nice. He also comes with his headband, which is surprising as Mattel doesn’t include accessories like that with Basic figures that often. Lashley features one of his standard black short attires with his black and white wristbands as well as his tall, black kneepads and boots. If you’re a fan of Lashley this is a nice figure to add to your collection.

Ronda is one of my favorite figures in this set as this is her very first Basic figure in wrestling attire. I love the black and gold look and honestly wish it was an Elite instead. They did a nice job capturing the detail in her outfit as well as the detail in her shoes. Even her hair has the braids in it, which is another great attention to detail. If you want another Ronda figure in wrestling attire I recommend picking her up!

I saved the best for last as Sarah will probably be the most sought after in the set being it’s her very first action figure and I’m not sure if we’ll see an Elite of her. You’ll also want to pick her up to finish the Riott Squad even though they’re irrelevant now.

Anyway, Sarah looks amazing as Mattel put a ton of work into her figure. There’s so much detail from her hair to her top to her shorts and even tattoos. The likeness looks a lot like her, too, making her a fantastic figure. I definitely recommend picking her up to complete the Riott Squad as you will probably regret it later if you pass on it. My only complaint is the fact she’s Basic as you can’t pose her feet quite as well, hence some standing issues, but other than that it’s a great figure.

Overall, this set is pretty good. It has some gems, such as Sarah, Rousey and Ali. You really can’t go wrong with these three especially as they’re just very well done and detailed for Basic figures. I will have to go pick up the green Ali as he’s one of my favorite guys on the roster. They’re currently only available on Ringside so be sure to head over and grab them while you can! 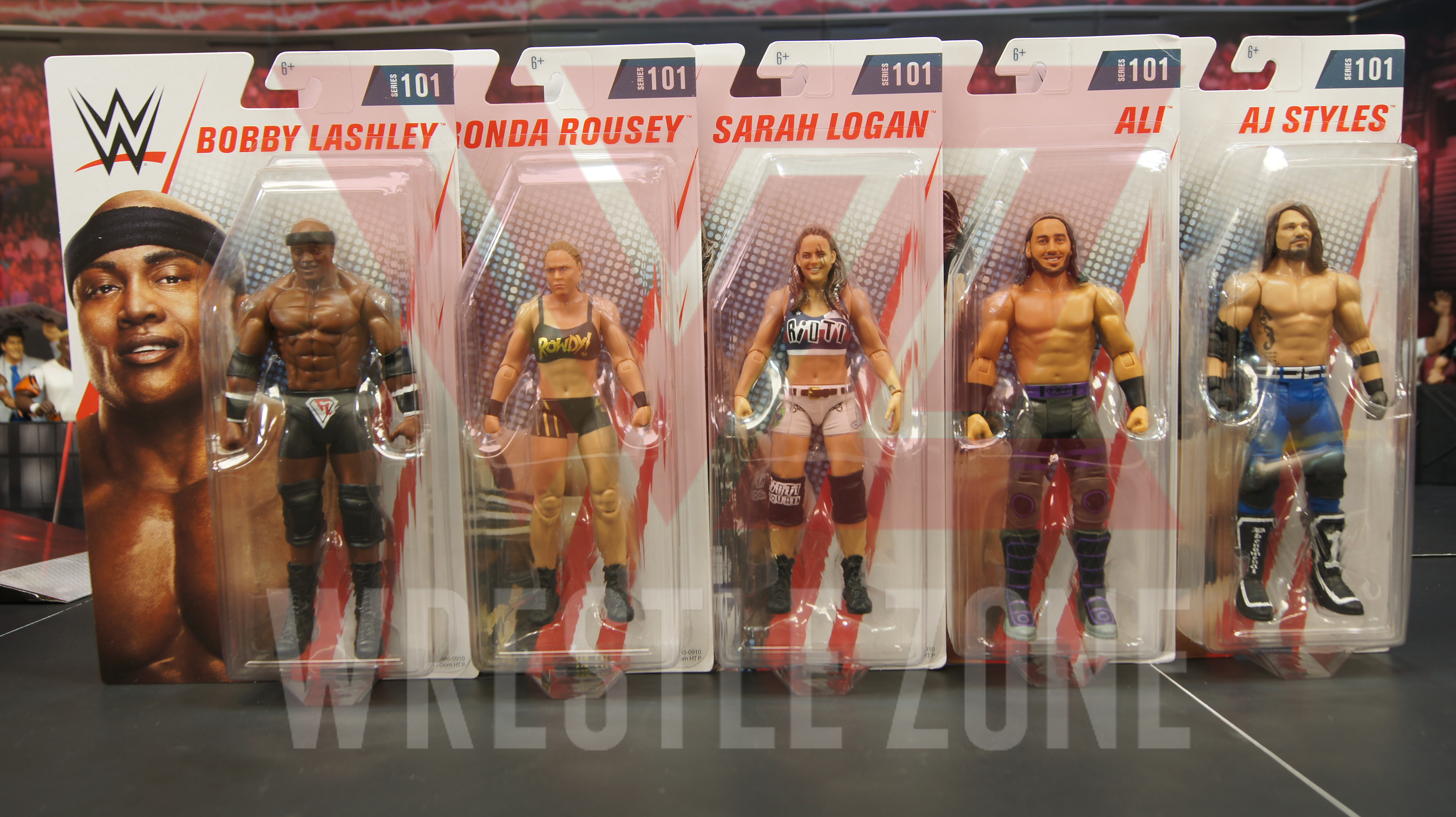