HomeNewsCody Rhodes On Growing Up A Fan: ‘I Didn’t Want To Question It. The Show Was Just Too Fun’ 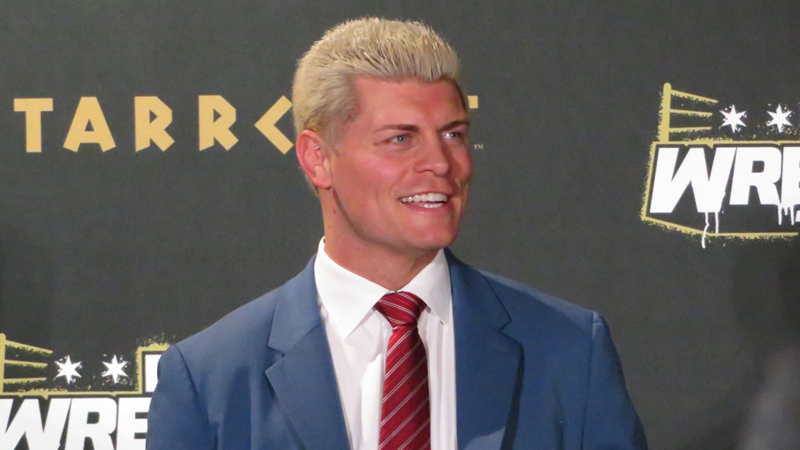 Speaking with Rich Eisen, Cody Rhodes talked about his upbringing under Dusty Rhodes as a fan of wrestling. “When I heard the first bump in the ring and the crowd react, I never wanted to be backstage again.” He still remembers the exact match that elicited that reaction. “Brad Armstrong match in Savannah, Georgia. After that, I was hooked.”

He eventually learned about his father Dusty’s bloody battles, but not because he was supposed to. “I found, in our guest bedroom, this chest of huge reels. VHS was pretty big at the time, but a lot of the stuff my dad was in was rather violent and bloody. It was hidden from me, but I found it and I dove right in. I watched everything, I was genuinely shocked because I was 8 or 9. I had no clue he was as significant to our industry as a wrestler.”

Cody tried to keep his fandom alive even as his father had his blood rivals over for dinner. “He always explained it me in a way that I didn’t mind. I liked being disillusioned by it all. He explained that you couldn’t fight outside the ring or else “the league” would fine you, or there would be these big repercussions. At a young age, I bought it.” Even as he got older, he held on to the kayfabe. “Never once did I question it. I didn’t want to question it. The show was just too fun.”

Growing up in a famous wrestling household made for some interesting first memories, as @AEWrestling @CodyRhodes told us today:@RicFlairNatrBoy pic.twitter.com/kFVMvGzIBD