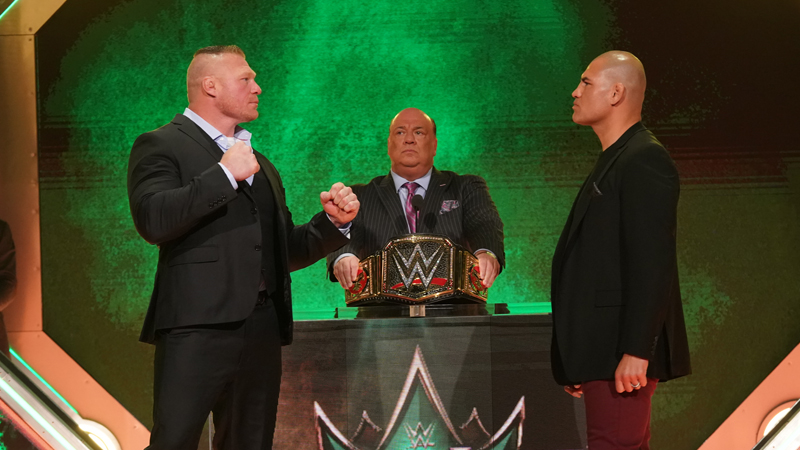 Brock Lesnar made his way out to the latest episode of WWE Friday Night SmackDown, where he and Paul Heyman came out to discuss his upcoming match against Cain Velasquez at WWE Crown Jewel. During the segment, Heyman specifically mentioned that Lesnar is looking for revenge on Velasquez after they met in a UFC match in 2010, where Velasquez took down Lesnar in a decisive victory.

However, as Heyman was talking about the match, Rey Mysterio came out with Velasquez in tow, and showed footage of the match. Afterwards, Velasquez promised to give Lesnar another scar across his face, similar to the one that he received in 2010. Needless to say, these two are going to be going at each other almost instantly when the time comes later this month.

Will @cainmma deliver on his promise to give @BrockLesnar a matching scar on the other side of his face at #WWECrownJewel…and take the #WWEChampionship in the process?! #SmackDown @reymysterio @HeymanHustle pic.twitter.com/WZKkcbfY6c