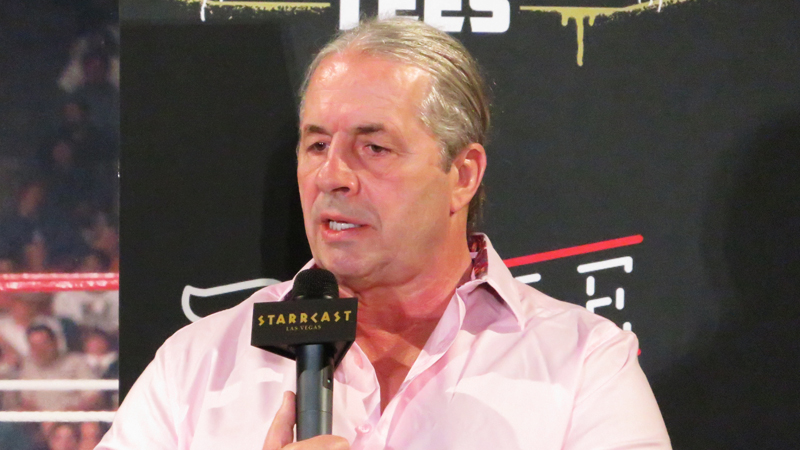 I actually have really good memories of being here for WrestleMania IX. I was a little disappointed with the plans they had for me in the future. Other than that, it was great. I remember I got off the plane, and there was my face and pictures of me with the belt were everywhere at the airport. In a lot of ways, it was some of my greatest memories. It was the first time I was the main event at a WrestleMania, I was really honored. I will say that I had absolutely no expectation for what happened. It was my understanding, as Vince had said to me from the day I won the title, he said ‘You don’t have to worry about anything.

We’re looking at you as a long-term champion. You’re going to be champion here for a long time. We’re thinking 6, maybe 7 years.’ Kind of going back to what Bruno did, where the champion holds the belt for a really long time, and that Hulk Hogan would have no bearing on anything that I was doing. Those were the first lies that they told me. In the end, it was like, they lied to me. They gave me no warning for that at all. I know people have a hard time understanding how it works; I’m not even sure how it works being champion, but I know that, basically, when you’re the champion, when you have the belt in your bag, and you’re the guy.

You’re the highest paid guy on the card, and that was a big honor for me. I was making big plans for all the big main event money I was going to be making, and instead I got demoted, basically, and Hulk Hogan took my spot again.

I wish that Bill Goldberg had never kicked me in the head as hard as he could. I don’t know how you give a guy a Hall of Fame thing for hurting as many wrestlers as Bill Goldberg hurt, and without consequence – he usually got a pat on the back and told how good of job he did out there when you’re scraping the wrestler that worked with him off the mat. When Bill Goldberg kicked me in the head I honest to god I lost about $16 million in like one second. I just signed with WCW for $3 million a year for another 3 years on top of the 2 years I had left on my original contract, so it was bad timing and unfortunate.

Getting chopped by Ric Flair:

I can remember Ric Flair used to like chopping me all the time. And they hurt – you get these blisters on your chest and a hand print on your chest for like three days. That’s what they do to the rookies, they chop ya, keep chopping ya – they think it’s a badge of honor or something. Which is probably why everyone in the building goes ‘Wooooo’ ya know? I remember telling him I said ‘Ric no more chops.’

But he said ‘it’s part of my thing, I always do a chop, people expect it.’ I said ‘if you do a chop, I got a move I do. You go ahead and chop me, give me a big chop. I’ll sell it, I’ll give you my whole chest and everything. And then I’ll look at you – and I’ll punch you right in the mouth as hard as I can.’ And I remember Ric looked at me and said ‘are you kidding?’ I said ‘no I’m not; I’ll punch you right in the nose as hard as I can.’ We never did chops after that.

His Hall of Fame inductions:

Read More: Bret Hart Reminisces On His Second King Of The Ring Victory