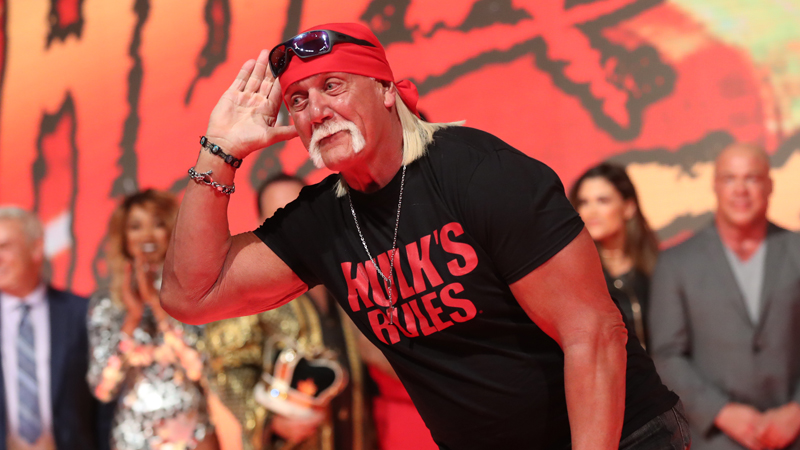 Shorty G and Nakamura start things off. Shorty G takes him down and suplexes him. Nakamura his Gable with a kick. Corbin tags in and Ali does, too, before dropkicking him. Rusev and Lashley tag in but Lashley quickly tags out to McIntyre. They trade strikes and Rusev hits a spin kick. Corbin sends Ali crashing off the top and into the barricade. Lashley slams Ali and dominates him. Nakamura rocks Ali with a kick and a sliding suplex. McIntyre tosses Ali but Ali plants him with a DDT. Ricochet tags in and hits McIntyre with a hurricanrana. A springboard moonsault gets Ricochet a two count.

He dishes out strikes, clotheslines, and a Drive-by to Orton and Lashley. Reigns hits Hogan’s clothesline and big boot on Corbin. Reigns reverses an RKO and hits a Superman Punch for a near fall. The match breaks down into chaos; finishers abound. McIntyre nails Ricochet with a Claymore Kick. Rusev finally gets his hands on Lashley; they trade strikes.

Reigns dives onto everyone outside the ring. Orton hits Reigns with an RKO for a near fall. Orton attempts a punt kick on Reigns but Shorty G stops him. Ricochet and Ali team up to take down Orton and both men dive out of the ring. Reigns spears Orton to win the match.