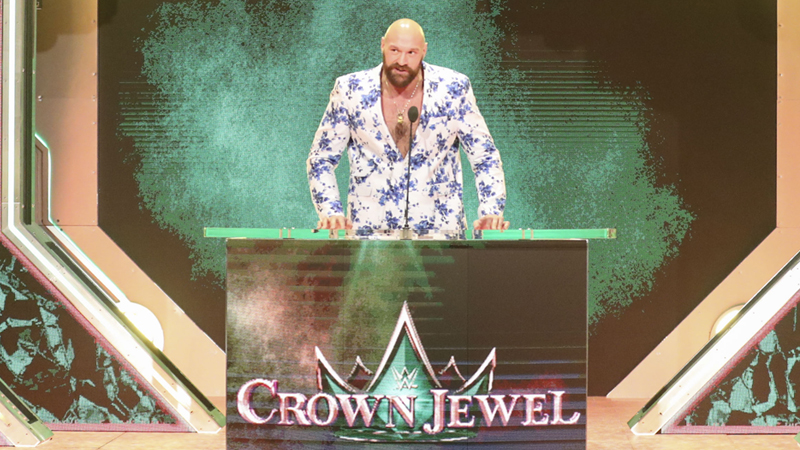 On boxing promoter Eddie Hearn not liking his move to wrestling:

I’m not so worried about the critics, but Eddie Hearn has been a long-term hater. The fact that I’m doing this, it hurts so bad for him because it’s not his heavyweight who has zero charisma. He’s just jealous, you know? That’s coming from a jealous guy from a jealous outfit. Listen, I’m not too concerned what Eddie Hearn says or anybody else like Eddie. But you know, for the casual fans and critics of me going from boxing into wrestling, you know, you’ve got to live life.

Admitting he has limitations:

There’s very few that I’ve seen over the years that have that little certain special next level. Tyson is one of those people. Within 30 minutes of being in the ring, I could see that look in his eye and his drive and the way he was focused on everything. I was like, ‘Oh my god, this is going to be epic.’ He’s a different level of athlete. That’s why he is where he is and there’s very few people who have it. I’ve worked with the best of the best, and there’s very few people who can take it to that level and he has.

He’s picking this up extremely quickly. We’re working with him on everything, but he’s like a sponge. It’s because he’s a fan and he wants this to be special. He wants this to be something that’s remembered, that his kids will remember, that he’s proud of and they’re proud of and that lasts because it was epic. He’s approaching it that way and it shows. This is going to surprise a lot of people and it’s going to blow a lot of people’s minds.