HomeNewsTyson Fury Promoter Not Pleased With Decision To Compete In WWE

Tyson Fury Promoter Not Pleased With Decision To Compete In WWE

Tyson Fury Promoter Not Pleased With Decision To Compete In WWE 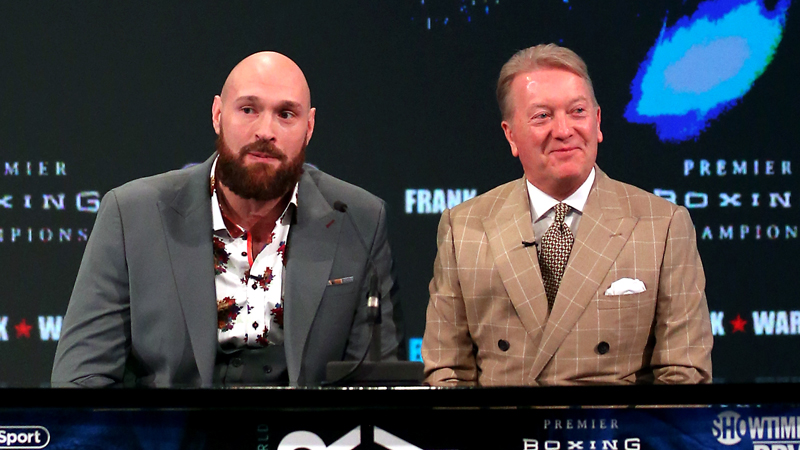 Boxing lineal heavyweight champion Tyson Fury’s promoter, Frank Warren, was recently interviewed on the Alan Brazil Sports Breakfast. During the appearance, Warren discussed Fury’s upcoming WWE match with Braun Strowman at Crown Jewel. Warren divulged he’s not pleased with Fury opting to work with WWE before his big fight with Deontay Wilder next year, and the possibility of Fury getting injured with WWE.

Here are the highlights (H/T talkSport)

Preferring Fury not risk his health working with WWE before his big rematch with Deontay Wilder:

What can you say? He went out there to watch it and the next minute he’s involved in it, it’s unbelievable. But that’s Tyson. He’s supposed to be taking a rest and taking it easy, but he’s decided that he wants to do this and he’s going to do it… No he didn’t [discuss it with me]. He’s done it and we’ve discussed it afterwards. I’d be a liar if I said I was pleased with it, I’d prefer him not to do it but he’s doing it.

Fury possibly getting injured in his WWE match:

Listen, I’ve seen WWE fighters get cuts, it’s the nature of contact sports. It could happen but I hope it doesn’t. I’d prefer he didn’t do it because it could jeopardize his boxing career. But he’s doing it and he’s his own man. In some ways I suppose it’s keeping him focussed and keeping fit and well. It’s not like he’s a baby, he’s 30 years of age.