HomeNewsSurvivor Series Retrospect: Making A Case For The 2016 Men’s Elimination Bout As The Greatest Ever

Survivor Series Retrospect: Making A Case For The 2016 Men’s Elimination Bout As The Greatest Ever

Survivor Series Retrospect: Making A Case For The 2016 Men’s Elimination Bout As The Greatest Ever 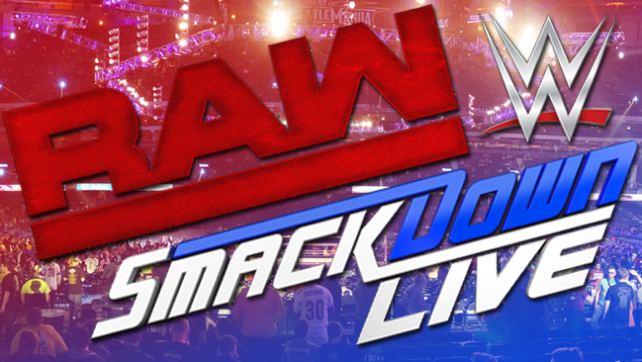 2016 was undoubtedly one of the most exciting years in modern WWE. While the WrestleMania that year was anything but that, it was made up for and more with an overall fantastic year creatively, boosted by the return of the brand split after over 5 years. Because of that, WWE could bring back the RAW vs SmackDown theme and it felt special to see since it was only one night in a year where the two brands went to war in head-to-head competition.

There seemed to be a sense of real competitiveness with the brands and that year’s Survivor Series had a whole lot of buzz to it. There were three main Elimination matches: One with the tag team, one with the women and the final one with the men. RAW would pick up victories in the first two and in the co-main event, it was up to SmackDown to salvage one for the team.

Just to put into perspective as to how star-studded this match-up was, these were the respective line-ups:

It was easily the most star-studded Survivor Series match in history and fans knew that given the right amount of time, the match could be a show-stealer. And as predicted, that’s exactly what happened. There was a lot of hype for the match due to the pre-match confrontation with SmackDown invading RAW. Naturally, the favorites were RAW because of one man – Braun Strowman.

There was a lot of curiosity as to how WWE would potentially eliminate him since they were heavily protecting him at the time (it was the early stages of his push). What ensued was a 53-minute all-time classic. Wrestling fans love nothing more than chaos and storytelling and this match had a lot of it.

Even though Roman Reigns wasn’t in any major storyline at this point, he was an integral part of RAW and one of the centerpieces of the team, with fans wanting anyone but him to pick up the victory. RAW’s team was strong but a bit unstable, especially since Seth Rollins was feuding with Kevin Owens and Chris Jericho and Braun Strowman was like a bomb ready to explode.

It was just shy of an hour but it was an in-ring masterclass in every sense. SmackDown’s team seemed to be a lot more unified despite their differences. Every superstar on that team had momentum going with them. AJ Styles was the WWE Champion in his first year and he was the hottest star in the company. Randy Orton and Bray Wyatt were in the midst of a career resurgence in their storyline with each other (one that established them as WWE’s most dominant force) and Shane McMahon was the loved and adored commissioner of SmackDown Live.

To top it all off, they had James Ellsworth as their mascot. There have undoubtedly been many great Survivor Series elimination matches over the years, but none before and none after have come even close to this. Each superstar played their role to perfection and they managed to protect Kevin Owens by disqualifying him and Braun Strowman by having him get counted out (thanks to some assistance from Ellsworth).

With the playing field narrowed down to Roman Reigns and Seth Rollins vs Randy Orton and Bray Wyatt, fans wondered and dreaded the idea of Reigns picking up the win for his team. However, Orton pulled off yet another stunning RKO to eliminate Seth Rollins clean and when Bray Wyatt was nearly about to get speared, Orton ate the bullet, allowing Wyatt to hit Sister Abigail and pick up the win for Team SmackDown. It was a stunning performance and a stunning finish that left fans extremely happy. Wyatt was gaining an incredible amount of momentum really fast and this victory only accelerated it. The match ended in the best way possible, with the commentators describing Orton and Wyatt as the scariest two-man force in WWE.

Orton once again proved why he was Mr. Survivor Series.

It’s a shame that they were never able to top that because they had some impressive line-ups, but the following two years after that, they decided to put over Braun Strowman harder at the expense of other superstars.