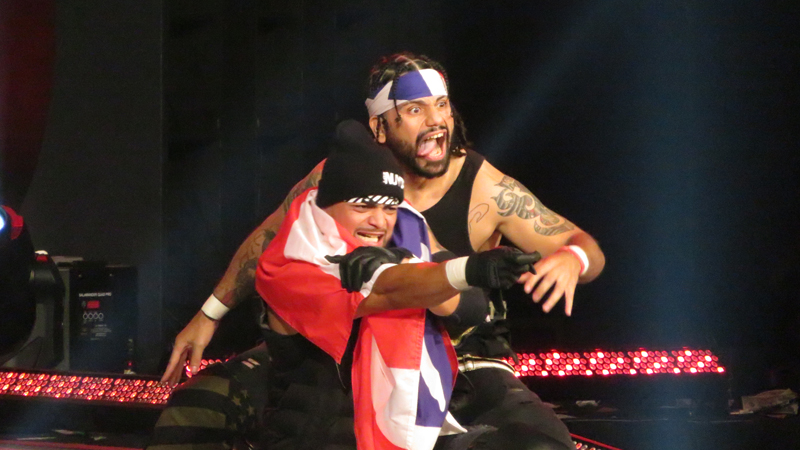 The Inner Circle and Pro Wrestling Tees may be breaking open a “bit of the bubbly” this morning because once the new tee shirt for Chris Jericho’s new faction dropped on the website, the whole server crashed.

It's been a while since our servers crashed. @AEWrestling and @IAmJericho's Inner Circle have officially broken https://t.co/O6bpncMD8f. We will try and get the site back up soon. pic.twitter.com/3GftRjpTos

Lio Rush won the newly christened NXT Cruiserweight Title last night on NXT against Drew Gulak and Rush talked the importance of such a moment to him and his journey.

See The Man of The Hour’s first photoshoot with the NXT Cruiserweight Championship, and find out what his big win means on a personal level.

All Elite Wrestling has had more than a buzz-worthy couple of weeks and a vital part of that buzz has been AEW President Tony Khan. Well the Prez turns 37 today and AEW took to Twitter to wish him a happy one:

Joey Janela had a video project in the works and this week it came to fruition as we see the first episode of “Wrestlers On The Road Ordering Room Service w/ Joey Janela.” His first guests? Matt & Nick Jackson.

Midterms? We don’t need no stinkin’ midterms! One fine wrestling fan had the smarts enough to blow off his college midterms in favor of seeing the debut of The Inner Circle and the second episode of AEW Dynamite.

Ethan Page’s Vlog Gets A Passenger

Ethan Page’s latest video blog has the “All Ego” man of “The North” ridin’ dirty with fellow wrestling road dog, Swoggle. It’s a three day trip and the two make their way around to several promotions.