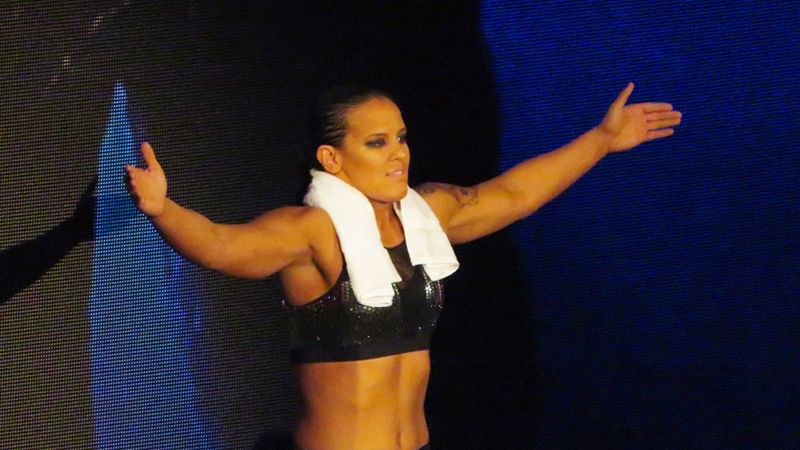 NXT Women’s Champion Shayna Baszler recently chatted with PWInsider. They discussed her appearances on RAW and SmackDown, her upcoming Survivor Series triple threat match, and what she thinks of her future opponents.

It’s been a wild week, I’ll tell you. But, we show up on Raw and I think with Becky being the Raw women’s champion and myself being an NXT women’s champion, I really wanted to sit down. You watch a old mobster films and you see the two mob bosses sit down in the restaurant and have a little chat. And that’s what I wanted to do. It’s interesting because having a Survivor Series match like that, the triple threat, is exciting enough. The real challenge, and this has followed me from MMA to pro wrestling is, people don’t care about the fight as much as they care about the story of the fight. That’s something that when I started working with Josh Barnett, he told me, before I really started fighting on big stages, even in MMA. So, how do we put together what is basically … It’s exciting and it’s cool, but it’s basically a cold match. But beyond, here’s the three champions in here, let’s give these people a reason. Let’s let them know why I’m doing this. So, it was a very fun challenge to let people inside our minds, as to why we’re doing this, a little bit.

What Bayley brings to the table:

I said it and I didn’t mean to gloss over the fact that Bayley is a big threat. She’s dangerous. She’s the only triple crown. She’s won all three titles, you know. She’s also won the tag titles. You know, you judge a tree by its fruit and she’s producing pretty good fruit, as far as her wrestling here, but make no mistake, I have a target set on Becky. I’m also not stupid. I’m two times champion, myself, and you don’t get there taking anyone lightly or not being smart enough to cover all the bases. But for sure, my issue is that … I’m getting in the ring and Bayley’s a competitor, but Becky, I take issue with.

On her late addition to SmackDown:

I wasn’t booked on Friday or Saturday. So I went to the gym and killed myself in the gym, Friday morning, because I was like, “Damn, I have the rest of Friday off and Saturday. This is going to be great. This never happens. I’m going to enjoy myself. This is great.” So, I go kill myself at the gym and then I’m on my way home and I get that call, like, “Be ready. As soon as we say, you’ve got to head to the airport.” Oh, okay. So I had to rush around packing, doing all this stuff and then they said “Go.” And it was go. It’s like you said, I don’t think people realize that quite literally, not exaggeration or anything, I ran from the shuttle. The shuttle that picked us up at the airport when we landed and took us to the venue. I left my bags and ran to the ring. So it was like, my warmup was running around the arena to my position, to run out to the ring. And the lady that was taking me showed me a video on her phone of how to get through the crowd, like what the path was to get to the ring and that was it. Then you saw what happened.