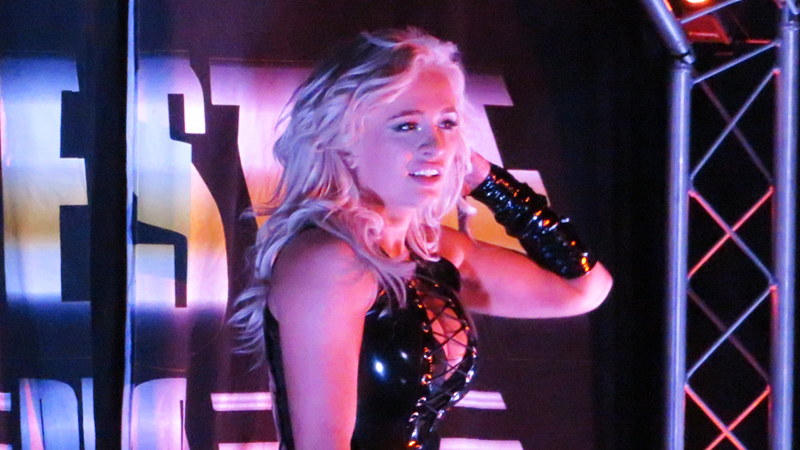 NXT is about to get a smoke show.

Earlier today, the Wrestling Observer reported that Scarlett Bordeaux had pulled out of several independent bookings and that she had signed an exclusive contract somewhere. While that report didn’t specify, it did mention the fact that Bordeaux had recently done a tryout with WWE at their Performance Center.

Thanks to Squared Circle Sirens’ Casey Michael, we now know that she has signed with WWE. “Scarlett should be on NXT TV very soon,” wrote Michael. “She’s been at the PC.” He also wrote that there is “no big PC class till January, which will have a few big names that have been signed for a while and had start dates moved back a few times.”

Are you excited about Boredeaux coming to NXT?