HomeNewsNatalya On If Ronda Rousey Will Return To WWE, How She Supports Female Talent

Natalya On If Ronda Rousey Will Return To WWE, How She Supports Female Talent

Natalya On If Ronda Rousey Will Return To WWE, How She Supports Female Talent 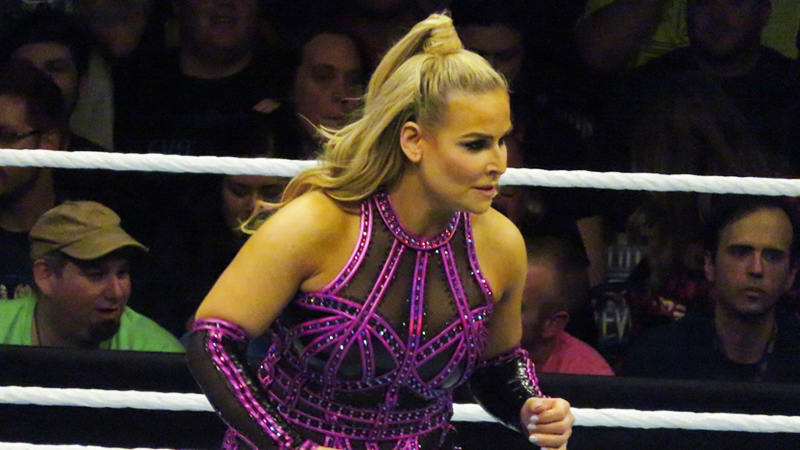 Natalya recently spoke with Channel Guide Magazine to discuss the ongoing season of Total Divas, and the topic of her role in WWE as a whole came up. She discussed what it means to help support other talent, and her relationship with Ronda Rousey as well.

Check out highlights below (courtesy of Channel Guide):

On if Ronda Rousey will return to the ring:

I think eventually Ronda will. I’m a big believer on never say never. In wrestling it’s like Hotel California. You can check out any time you want, but you can never leave. Once you get the wrestling bug, it’s there. I don’t think Ronda realized WWE would be such a big part of her life. It’s a family here. Family is a feeling. When you’re here in WWE, you’re part of our family. I think she’ll come back, and when she comes back, I want to wrestle her. I pray Ronda comes back because I think her, and I would have an incredible match and hopefully it would be on a huge stage. We never got to have that rivalry and feud with my dad passing away when he did. It happened abruptly, and I had high hopes of feuding with Ronda. Then I was dealing with something out of everyone’s control. It would be really cool to see her come back. I think she will. Fingers crossed.

On how she supports female talent like Lacey Evans in WWE:

I never thought I’d say this, but Lacey really grew on me a lot. I was talking to one of my old coaches Dr. Tom Prichard, and he asked me about that last woman standing match. I told him that I really liked working with her. I enjoyed our matches. We had a series of matches, and Paul Heyman saw one of them. It was supposed to be a one-off with the fun little match we had. Paul was so motivating and inspiring when he told us, “I think we can make this an incredible story.” That’s why I love working with Paul because he has such a good pulse on the industry. All these incredible matches and moments kept happening for me and Lacey. We got a chance to show what we can do. I walk into work to find out about the Last Woman Standing match. Lacey, she really pushed me to my limit. I almost fell off the stage trying to powerbomb her. I did it. When I beat her in that match, I felt like it was one of my favorite matches that I’ve had in years. I feel like I literally slayed the dragon. I felt like a UFC fighter scaling the cage and getting excited like Conor McGregor.