HomeNewsMyron Reed On The Origins & Rise Of Injustice In MLW, Why Size Won’t Hold Him Back In Wrestling

Myron Reed On The Origins & Rise Of Injustice In MLW, Why Size Won’t Hold Him Back In Wrestling

Myron Reed On The Origins & Rise Of Injustice In MLW, Why Size Won’t Hold Him Back In Wrestling 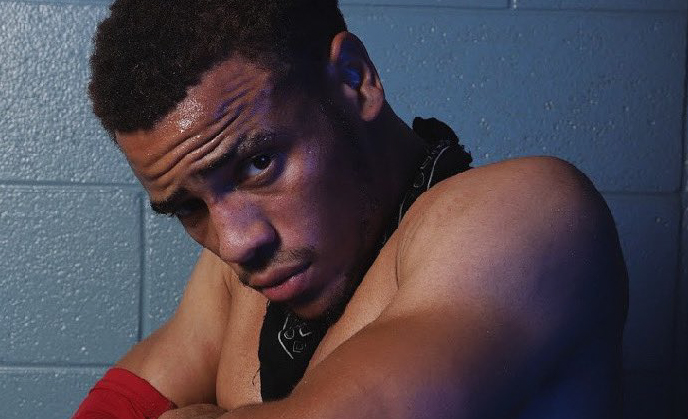 Rich Fann of The Pro Wrestling Torch had a “Deep Dive” interview with MLW‘s Myron Reed. As a part of the Injustice faction in MLW, Reed along with Jordan Oliver and Kotto Brazil, have made it a point to pave their own path in the company after encountering several incidents with league officials and MLW management. Plenty of these cripes bleed over into the ring and Reed talks about how he and his friends aim to have no one sleep on their presence any further.

“First thing for me, it was just, I’m here having great matches, but I need people to say my name. To know who Myron Reed is and not just, ‘You see that kid with the green tights that does the flips, blah, blah and this and that?’ I gotta make a name for myself and I felt like Jordan and Kotto felt the exact same way. People weren’t giving us the recognition that we deserve there pretty much. I felt like they were sleeping on us so we had to pretty much take matters into our hands and that’s what we’ve been doing.”

“I feel like I deal like this every day in my normal life, knowing that I have to kind of be different and I have to go about things differently than anyone else would to pretty much make sure my voice is heard. And that’s how we all feel.”

Reed addresses how being a man of color wasn’t a prerequisite to participating in Injustice’s cause, but it was more of a matter of talent being overlooked.

“Honestly, for me it’s crazy because myself and Kotto like have to deal with that, but like you know, Jordan would at an expense but not to an extent like we would, you know what I’m saying? If that makes any sense or whatever. So we felt like we didn’t need a group of all black men, it was just who we felt deserved the role. Like we seen – we were watching who was being slept on, who’s killing it and their names are not being mentioned and it’s just about Teddy [Hart] or Brian [Pillman Jr.] or MJF. You know what I’m saying? Like we wanted to make people understand that we’re coming for justice and we wanted to make our names heard.”

Fann brings up Jim Cornette’s compliments of Reed’s immense talent despite his lean size as a wrestler and asks if Myron thinks that size will be a slight against him in his wrestling career.

An individual that Myron Reed looked up to while still in his “backyard days” was AR Fox whom he later got to tag with in his early career as the team Fire Fox. Reed spoke of his admiration and feelings for Fox and how he patterned his work ethic

“He’s like awesome. He’s a workhorse and it made me like want to work even harder every match, working and tagging with him there, so I’m extremely blessed I got that opportunity there. Like I’m always going to praise that guy. He’s awesome.”

Reed is thankful for the spotlight that he’s given to be on a weekly wrestling program, and even though he’s a featured player, it doesn’t mean he still doesn’t get nerves. Reed talks about that as well as there are going to be younger fans who look up to him just like he did with AR Fox.

“Well, honestly for me, I’ve always been in like that nervous shell, but like when I would be in the ring, it’d be like a completely different story. I’m a completely different wrestler when I’m in the ring and wrestling, but everything leading up to then, I was always so nervous. Like to this day I’m asking myself, ‘Why are you so nervous? You have big shoes to fill I understand, but you can do this. You were born for this. You’ve been doing this and loving this all your life. This is what it was meant to be,’ and I have to tell myself that pretty much every time, like, ‘You have to be an inspiration, you have to change people, you have to make other people that want to inspire people.’ So it’s just a full circle and I’m trying to play my part and be the best at my role at whatever I’m doing, whether it’s changing the game or playing the role, but I prefer changing the game, being different, absolutely. I just try to be different and help people, help myself, do better and be better.”

You can listen to the full interview with Reed below: