HomeNewsMontez Ford Talks Being A Marine, How The WWE Schedule Compares

Montez Ford Talks Being A Marine, How The WWE Schedule Compares

Montez Ford Talks Being A Marine, How The WWE Schedule Compares 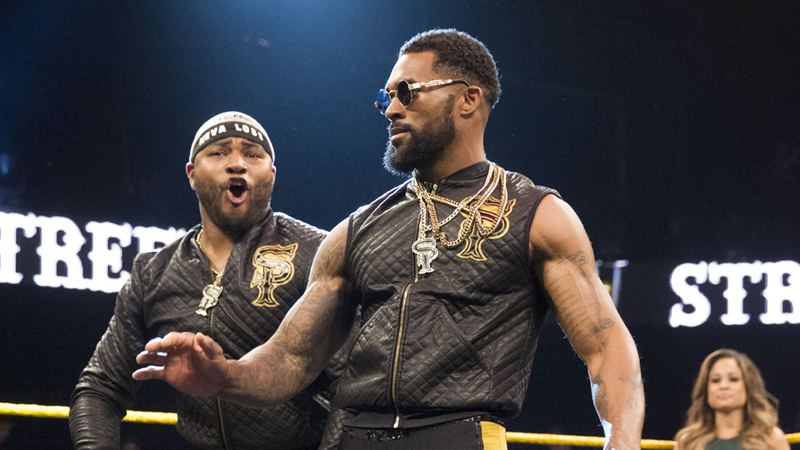 Montez Ford is one of the many up and coming superstars in the WWE, and as a Marine Corps veteran, this Monday marked an important day for Ford, as he was able to celebrate Veterans Day at Monday Night RAW. Prior to the show, Ford spoke with Yahoo Sports, where he discussed the hectic schedule of a WWE superstar, and how it compares to that of a Marine.

On how he became a Marine:

I graduated high school after doing four years of the ROTC program, during which time I actually made it to battalion XO (executive officer), I chose the Marines because at that point in time, my mother and my family were going through a few complications and I didn’t want the burden of having to worry about me on them. I took on the pleasure of going and serving my country for four years and I think it was the best decision I’ve made to date.

On how the WWE schedule compares with a Marine one:

In the military we have deployments, but in WWE you’re going every week, In that sense, being away from home, it’s very, very similar. When it comes to WWE, you still have to be disciplined. When you’re away from home, you need to make sure you take care of things, make sure your administrative things are taken care of, your family is taken care of. You still have to be in the fight. There are things that are going to happen at home and you need to make sure you’re ready to go out and perform, just like the military, you always have to be ready to go.

On changing his body for the WWE:

[WWE] told me that I spoke very well, but I needed to put on more weight, Over the next 18 months, I put on 40-plus pounds and had my second tryout in late 2014. That was where I got signed and then I started in April 2015.

RELATED: Kevin Owens On Why He Waited To Interfere On Behalf Of The Street Profits, Montez Ford’s Moment With ‘RAW’ Baby