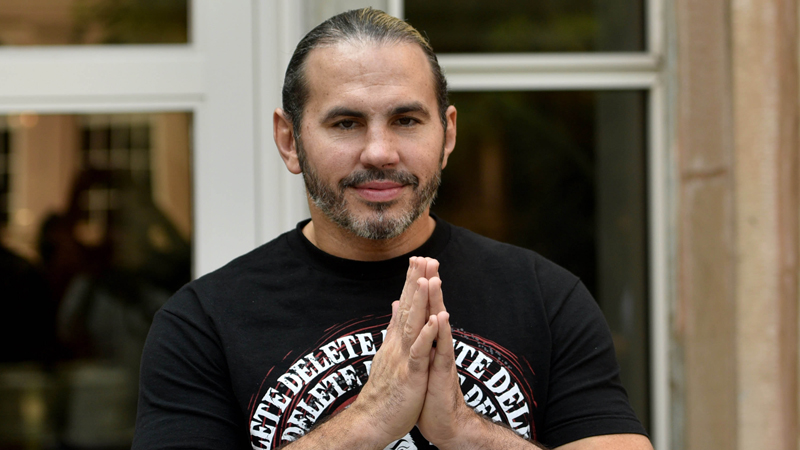 Matt Hardy was a recent special guest on Inside The Ropes and “The Man of Many Monikers” talked about what his next plans are for developing his character and how in today’s world of immediacy it is always important as a persona to keep changing. Hardy also touches upon his 2009 WWE feud with his brother Jeff and gives his thoughts on All Elite Wrestling entering the fold: Quotes and full interview are below:

Matt Hardy talks about how his “You Don’t Understand How Hard It Is To Be Matt Hardy” clips came to be:

“Social media is a tricky thing: the greatest thing about social media is it gives everybody a voice, the worst thing about social media is it gives everyone a voice. And like people will complain about anything, even if their situation isn’t even that bad. So that was the whole inspiration behind ‘You Don’t Understand How Hard It Is To Be Matt Hardy.’ Like you have this guy who has a pretty kick-ass life and doing this, bu there’s like a snag in this day or a snag in this day and of course, that’s the point he his going to bitch about and complain about so that was my whole motivation.

“I’d love to transition that onto TV into another character, into another and then ultimately get back to doing Broken Matt Hardy.”

On what other goals he has in plans for his character:

“I would like to incorporate ‘Version 1’ at some point just because people bereave the Matt facts and the entrance music. I do, to a degree. So that’s definitely something I gameplan, but there’s also new stuff. There’s a couple of other things in the back of my mind that I would like to utilize, but I would like to be this crazy, constant stream of change character on television…”

On All Elite Wrestling getting into the mainstream mix:

“Yes, it’s great. It’s going to help everyone, and it’s beneficial for everyone.

“No one is going to be on the global competition level of WWE because it’s so entrenched everywhere, but just like the AEW coming out and having this programming and having a good spot on television, it’s gonna be great for us too because it’s going to push our creative team and our minds and our talents to try and do even better.”