HomeNewsKevin Fertig On Creative Input For ECW, Working With Gangrel, Which Current Star ‘Kevin Thorn’ Would Match Up With

Kevin Fertig On Creative Input For ECW, Working With Gangrel, Which Current Star ‘Kevin Thorn’ Would Match Up With

Kevin Fertig On Creative Input For ECW, Working With Gangrel, Which Current Star ‘Kevin Thorn’ Would Match Up With 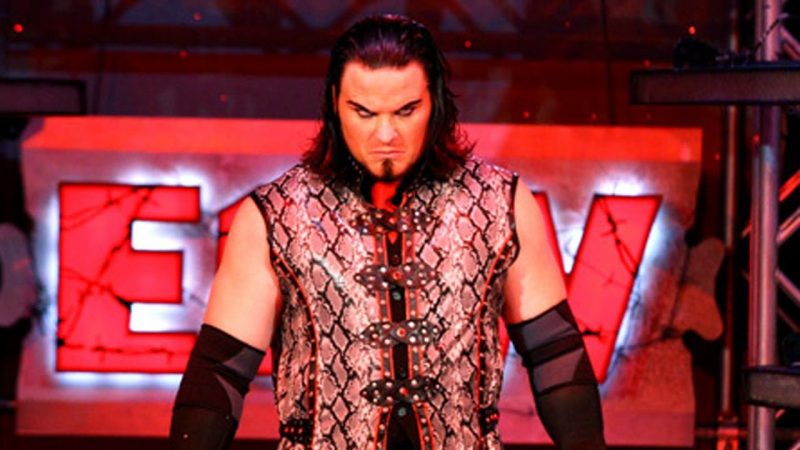 Kevin Fertig, formerly known as WWE superstar Kevin Thorn, recently spoke with Wrestlezone Radio and discussed his time with WWE, the ECW relaunch and more. Fertig spoke about returning as ECW’s ‘Vampire’ Kevin Thorn, noting that he’d felt he left Vince McMahon with a poor opinion of him during his first run that he didn’t see an option where he would come back as Mordecai. He recalled hearing secondhand remarks about how his work was critiqued, noting he was not only trying to please several people at once but was still inexperienced in the ring.

Fertig said that while he “basically had the keys to the kingdom before I was ever ready to even remotely have them,” the Thorn character was a fresh start and he had quite a bit of input on the gimmick that eventually debuted on ECW.

“Tommy Dreamer called me and went, ‘Hey, look, they’re gonna do this ECW thing on Sci-Fi and [they want] an alien, a werewolf, a this, a this, a this.’ Well, there were already talks about me and Gangrel a while back forming a tag team. So I was like, ‘Well man, I could do a vampire.’ I’d always loved vampire movies, I’d always loved The Lost Boys, I’d always loved that kind of stuff. Even coming from a religious background, stuff like that, I’d always liked the dark vampire characters.” Fertig said. “So I’d kind of already had a vision of what that character should be and I’d immerse myself in books, the vampire novels, and vampire stuff and just try to envision this. They brought me up to TV and wanted to see if I could do it so I bought this red snakeskin jacket. I got everything I thought the vampire character and look should have and then I wore my gimmick into TV that day and everybody was like ‘Oh that’s it, that’s it. Ok, this works.’”

Fertig says he’s not sure why he didn’t get a run with Gangrel in WWE, but he has worked with the “O.G.” Vampire on the independent scene in recent years. Fertig said the pairing is a natural fit, and that he jumps at the opportunity for them to work together when it’s presented. “I might have worked six times this entire year and almost every time is with him,” Fertig said. “Because I know it’s always going to be fun, it’s always going to be safe and Dave’s always had my back since day one.”

Despite mixed feelings from fans about the WWE ECW brand, Fertig says he enjoyed his time under that banner but thinks it was more rough for the ECW originals. “For the younger guys, we were finally getting the chance get on TV and do stuff,” Fertig said, “so we weren’t as opposed to what was going on as maybe some of them and their legacy.”

Now that the character work is behind him, Fertig was asked if he gets requests fans that want to see him to work with today’s Superstars as either Thorn, or his original character, Mordecai. Thorn said he does, noting Aleister Black is usually the most requested and he praised the current WWE star as someone who’d make a good adversary.

“Aleister Black, that’s what I hear the most of, which I mean, it would be cool. I’m a huge fan of his, he’s a great guy, a phenomenal wrestler, it’s not even a gimmick for him, he does ‘him’ well.” Fertig said. “I would 100% any time with him like to go in there. The style is there, it would be a lot like some of the matches I had with CM Punk.”