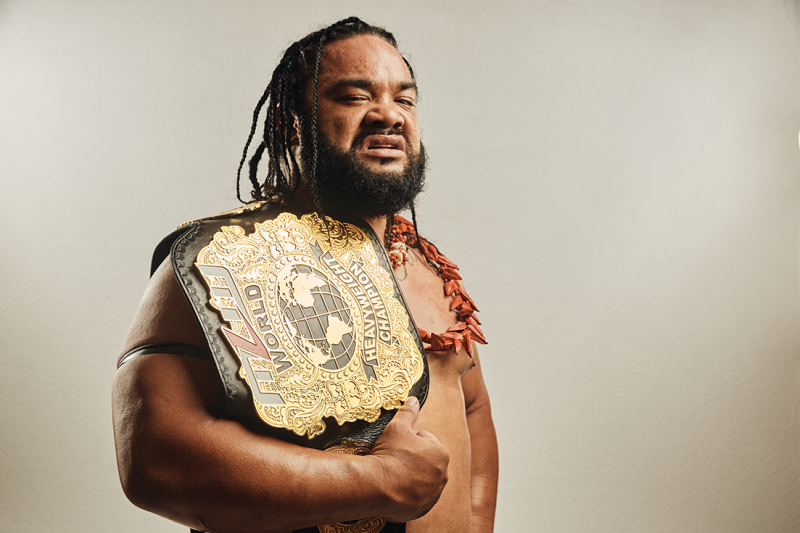 MLW just announced that they finalized a long-term deal with their World Heavyweight Champion, Jacob Fatu. Fatu has been an unstoppable force since joining the company and the impact of the “Samoan Werewolf” became even more profound as a member of the rogue CONTRA Unit. Fatu won the World Title after defeating “Filthy” Tom Lawlor back in July and he’ll be looking to successfully defend that moving forward with Major League Wrestling. The full announcement of Fatu’s signing is below:

NEW YORK — Major League Wrestling (MLW®) announced today they it has signed the reigning World Heavyweight Champion Jacob Fatu to a new long-term multi-year contract. Financial terms of the contract were not disclosed.

“This is where I wanted to be all along. CONTRA in MLW: this is my home,” Fatu said. The deal, which ties the “Samoan Smashing Machine” for the next several years to the league, goes into effect immediately.

“Fatu has been a revelation in the sport with a breakout year and has shown all the attributes we look for in a champion,” stated MLW CEO and founder Court Bauer.“We are excited to know that Fatu is someone we can build around, and we look forward to seeing him fight under the MLW banner for years to come.”

Fatu took MLW by storm earlier this year with high profile victories over some of the league’s top ranked wrestlers en route to dethroning “Filthy” Tom Lawlor on July 6 in Chicago.