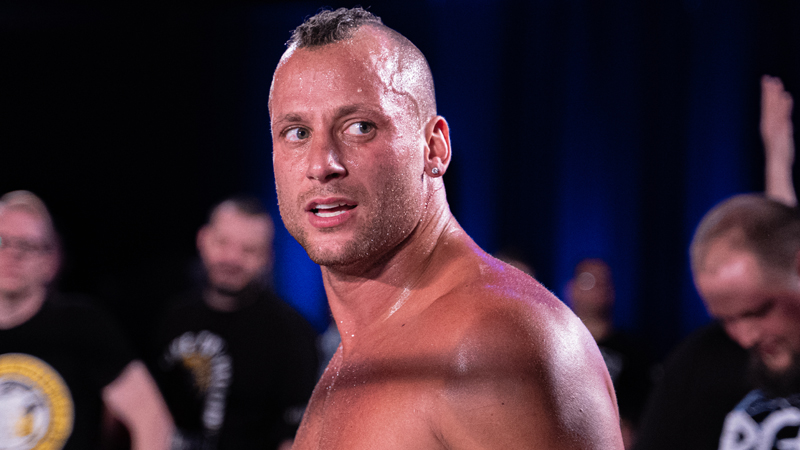 Ring Of Honor has confirmed two more matches that will make up the Final Battle match card, as former Kingdom brethren Matt Taven and Vincent will face off, and Shane Taylor will defend his title against Dragon Lee.

Taven will have the first chance to get his hands on Vincent since “The Horror King” turned his back on the former ROH World Champion two weeks ago. ROH posted the following preview:

Matt Taven hand-picked Vincent when he formed his new Kingdom three years ago, but the friendship between the two of them actually dated back years before then.

That’s why it was so shocking when Vincent literally took an axe to their friendship and left Taven lying in a pool of his own blood earlier this month. At The Experience, Vincent ambushed Taven and sliced open his forehead with his axe. It was one of the most heinous acts and disturbing scenes ever witnessed in ROH. Taven understandably was heartbroken, but now the former ROH World Champion is out for revenge. He’ll get his opportunity when he faces Vincent in a grudge match at the Final Battle pay-per-view on Dec. 13 in Baltimore.

Vincent’s actions at The Experience made it apparent that he was actually behind the mysterious attacks on himself and TK O’Ryan that had occurred the past couple months. The reason for the “Horror King’s” appalling betrayal remains to be seen, but one thing has never been clearer: Vincent is the most twisted and sadistic figure in ROH.

For Taven, one of only two Grand Slam champions in ROH history, Final Battle won’t be about titles or glory. When he faces the remorseless Vincent, Taven may very well be fighting for his very existence.

Can Taven put an end to Vincent’s reign of terror? Or is the worst yet to come? Join us live in Baltimore or streaming for HonorClub to find out!

Taylor will make his 12th title defense since winning the championship in May. He meets arguably his toughest challenge yet in Dragon Lee, who recently beat Jeff Cobb via pinfall at The Experience. As noted by Ring Of Honor, a win by Dragon Lee (and RUSH retaining his title) would mark the first time a pair of brothers would hold the top two singles championships in ROH simultaneously.