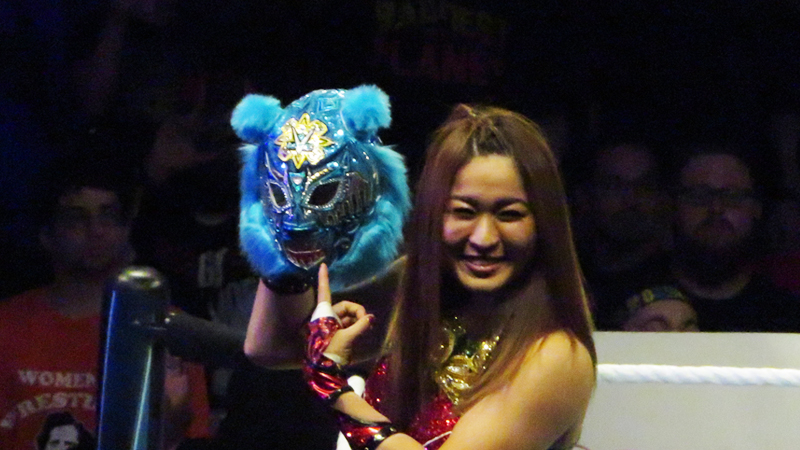 Io Shirai had a big entrance to Wednesday’s episode of NXT, as she was joined by pop sensation Poppy during her march to the ring. Once inside, Shirai claimed a big victory right away, as she took down Candice LeRae in a match between two superstars who look primed to challenge Shayna Baszler for a title.

After the match, however, Shirai was quickly attacked by Rhea Ripley, who came diving into the ring as Shirai attempted to continue assaulting a downed LeRae. Ripley managed to deliver a nasty kick to Shirai before stealing a chair from her and attempting to land a shot. Thankfully for Shirai, she was able to escape from the ring, leaving Ripley in the ring yelling after her.