HomeNewsDominic Garrini On Taking Chances, What Drew Him To MLW & His ‘Mount Rushmore Of Wrestling’

Dominic Garrini On Taking Chances, What Drew Him To MLW & His ‘Mount Rushmore Of Wrestling’

Dominic Garrini On Taking Chances, What Drew Him To MLW & His ‘Mount Rushmore Of Wrestling’ 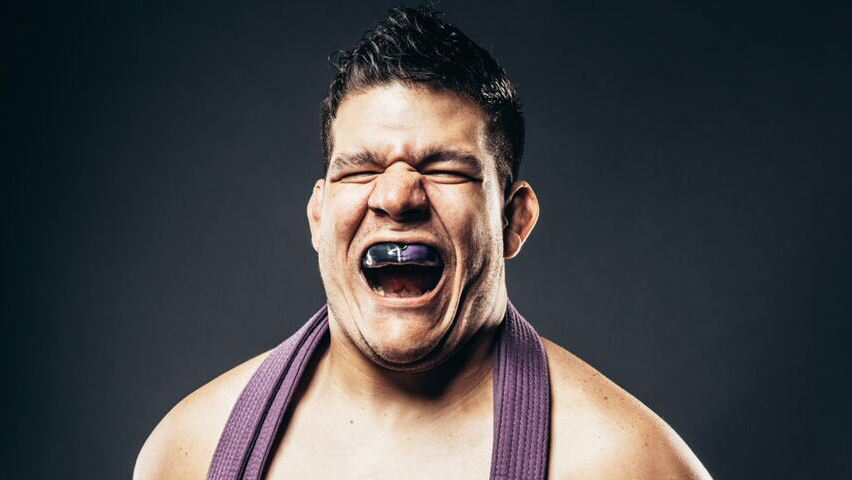 Earlier this month, MLW’s Dominic Garrini spoke with Wrestlezone’s Dominic DeAngelo and on November 15 “The Bone Collector” will be a part of Paradigm Pro Wrestling’s Fighting Spirit Heavyweight Grand Prix Tournament in Jeffersonville, IN. The eight-man tournament will be enforcing UWFI rules and will have other talents including JD Drake, Anthony Henry, Lee Moriarty, Calvin Tankman and Erick Stevens. In addition, Garrini will be partnering up with Kevin Ku on November 16 to face The Workhorsemen in a 30-Minute Ironman Match at Black Label Pro’s “Slamilton” in Crown Point, IN.

“The Canton Crippler” is a purple belt in Brazilian Jiu-Jitsu and was ranked in the top ten of the martial art. He brought that skill to the MLW ring earlier this year, most recently being a part of Saturday Night SuperFight Pre-Show special, and Garrini listed off some names he’d like to tangle up with under the MLW banner.

“The LA Parks, LA Park himself all those guys like that, just legends along those like, plus I think that the story is good to be told between the Jiu-Jitsu or the shooter, and the kind of high-flying guy like him…the shooter work that body part to make it so that the high-flyer can’t fly.” Another talent he’d like to mix up with is Chicago’s Gringo Loco. “Gringo Loco’s a guy that I’ve always kind of wanted to work. Gringo kind of came to prominence from his work here to Cleveland for the past couple years and that’s kind of what got him in MLW, I’d love to work him.”

“Man you would’ve been a perfect fit for the UWFI. Sucks you came along to late.”

To late no more. Tonight we bring shoot style to the forefront, and I prove why I’m one of the current best in this style. #BJJ pic.twitter.com/Af2vJ6PE2M

Garrini feels the creative and diverse build growing in MLW and is excited to work with the likes of Court Bauer, Chris DeJospeh and Dr. Tom Prichard and it’s one of the reasons that he was drawn to the company.

“The opportunity to work with all these guys and just hone my craft over the duration of what I signed my contract for. That was one of the things that kind of drew me to MLW was the ability to work with all of these diverse talents,” Garrini said. “They can all teach me something. That’s the biggest thing about pro wrestling and even combat sports in general is no matter how good you get at them, there’s always something more that you can learn. You can always get better in some way, shape or form and I really think that really the crew at MLW can help me get better in every aspect.”

Something that has taught Garrini a lot is his willingness to travel wherever for shows and Dominic credits his time traveling for BJJ competitions with the only reward sometimes being ‘congratulations’ and a medal.

“Dylan Hales is a close friend of mine, he was like a punk music guy for a while, I always say that the two kind of the best avenues to get into wrestling, before wrestling to get you ready for the road are some sort of like, combat sport like kickboxing and MMA or Jiu-Jitsu or being in like a punk band or being a music guy because you’re used to the long hours, you’re used to really not getting much of anything in return for it. Like when I was in a Jiu-Jitsu tournament, it wasn’t like I was going there and they were paying me to be in them. I was paying my own way out there, I was paying the registration fee and all I was getting in return was like, ‘Hey you did a great job, here’s a medal.’ I have multiple medals to show for that, but other than that, like, there’s not a whole lot. In wrestling at least, there’s at least some semblance of a cash stipend at the end of the rainbow, even when you’re starting you know, but I never had a problem when I was starting, going out there and just setting a ring up and maybe getting in a six-minute match just cause like I was used to it. I kind of knew what the grind was, it never bothered me.”

Something else that Garrini found invaluable is being willing to take chances, even if the return might be just a small stipend or medal.

“You have to be willing to put yourself out there for little to no money and you have to be willing to travel and take every chance you can to get to where a Court Bauer knows who you are in under four years. There’s guys—and I say this all the time to my friends—I’m blessed to be where I’m at,” Garrini said. “Four years in, signed with MLW, all the other great things I’ve gotten the chance to do with my tag team partner, Kevin Ku and it’s because I put myself out there and I’m taking chances and that’s the biggest thing I can will any professional wrestler to do, just go out there and take chances.

Garrini had a wide spectrum of generational talent when asked who is on his personal ‘Mount Rushmore of Wrestling.’ Although polarizing today, Garrini puts Hulk Hogan in his number one slot due to him being the first wrestler he ever saw and the VHS his mom bought for him as a kid, and the next slot goes to Steve Austin due to his infamous run in the late 90s. From a work perspective, he puts Kurt Angle in at number three as someone who opened the door for plenty of combat sport participants to dip their toe in the squared circle. His fourth shocks many people when he tells them Kevin Owens.

“I was a 15-year old kid, a really chubby kid and I loved ECW so I started searching the internet for things that were like ECW and I found CZW and when I found CZW, the first VHS I ever bought was Cage Of Death VI with Smart Marks Video and I watched Kevin Steen & El Generico vs. Super Dragon & Excalibur and Kevin Steen, you know, he looked like me. He was an out of shape dude, but he was a loudmouth, he was abrasive but he was so good at wrestling and that was all I could set myself to be was Kevin Steen and I sought out everything he did.”

Read More: Stephan Bonnar On The Appeal Of UWFi Rules Matches, Collaborating With Your Opponent