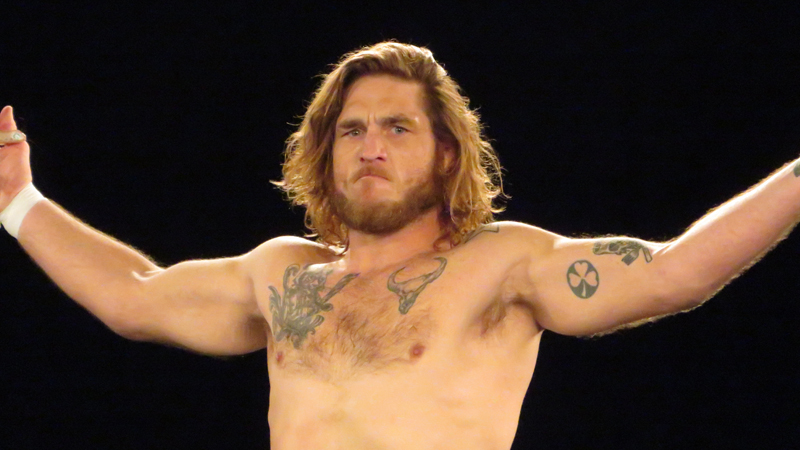 “Filthy” Tom Lawlor enters the ring against the Hart Foundation’s Davey Boy Smith Jr. in a dream match when they battle at the MLW: Blood & Thunder event.

ORLANDO — A fight over six months in the making will finally go down in Major League Wrestling as former World Heavyweight Champion “Filthy” Tom Lawlor enters the ring against the Hart Foundation’s Davey Boy Smith Jr. in a dream match.

Major League Wrestling today announced Davey Boy Smith Jr. vs. “Filthy” Tom Lawlor for MLW: Blood & Thunder at GILT Nightclub in Orlando, Florida on November 9. The event will be a MLW FUSION TV taping for beIN SPORTS. The event has a special matinee bell time of 4:00pm with doors opening at 3:00pm to the general public.

Arguably the toughest and most dangerous athletes in MLW will collide in what promises to be a gripping grappling showdown between two top ranked heavyweight wrestlers.

“On November 9 in Orlando this rivalry commences in what is one of the biggest matches we can put together this year in MLW,” said MLW CEO/Founder Court Bauer.

Lawlor, an accomplished amateur wrestler, striker and submission artist will be tested by Smith’s size and expertise as a renowned shooter and disciple of catch-wrestling.

Lawlor’s versatility as a brawler and MMA fighter brings a unique dimension to the big bout however Smith’s power is seemingly unlimited as is his stamina and uncanny agility for his 6’5″ frame.

The braun of the Hart Foundation looks to continue his ascension in the heavyweight division. A win over Lawlor would accelerate his march towards a title shot. For Lawlor, a win over Smith would put the former World Champion one step closer to a third encounter against the undefeated World Heavyweight Champion Jacob Fatu.

The brutal art of pro wrestling will be on display as two of MLW’s top ranked wrestlers clash. See it live in Orlando on November 9.

Buy tickets starting at $20 at MLWTickets.com.

Tickets start at $20 at MLWtickets.com. Tickets will also be available day of show at the box office unless the event sales out in advance.