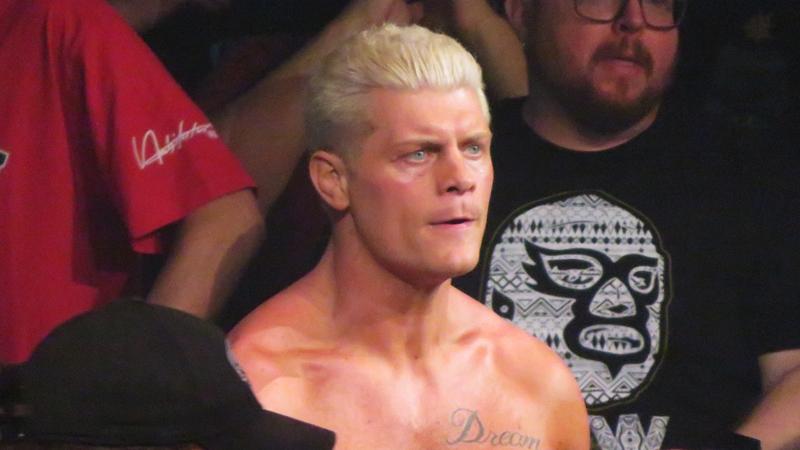 After being introduced by Tony Schiavone, Rhodes began his announcement. “I’m not surprised by the arrival of Chris Jericho and the Inner Circle,” said Rhodes. “They’ve taken a scalpel to the Elite.” He then said that AEW is Ellis Island for professional wrestlers and that it is freedom.

“When I hear the same criticism attached to my name for being management and in a title match, I can’t not hear it. With that said, if I do not defeat Chris Jericho at Full Gear, I will never challenge for the AEW World Championship again.”

😲 Wow, strong words from a heated @CodyRhodes on #AEWDynamite pic.twitter.com/wEByb2zFHX

He then went on to call Jericho a “carny succubus” and that he needs this generation more than they need him. “This isn’t about my dad, it’s about my life … the 14 years it took me to go from undesirable to un-god damn-deniable.”