HomeNewsChad Gable On ‘Shorty G’ Gimmick : It’s ‘A Message About Overcoming Your Shortcomings’

Chad Gable On ‘Shorty G’ Gimmick : It’s ‘A Message About Overcoming Your Shortcomings’

Chad Gable On ‘Shorty G’ Gimmick : It’s ‘A Message About Overcoming Your Shortcomings’ 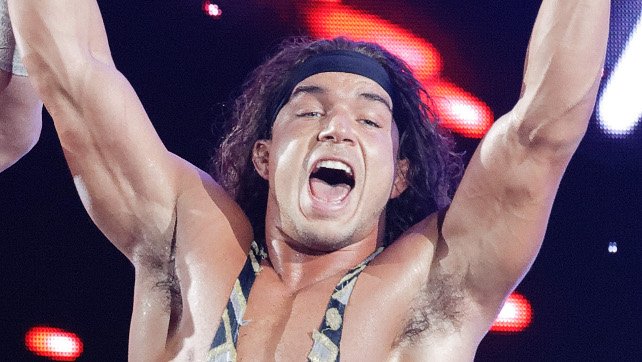 Speaking with Sports Illustrated, Chad Gable reflected on his recent rebirth as Shorty G on SmackDown, and what that means to his career. “The key is to take advantage when given the opportunity. Right before I went out last week to do the Shorty G promo, Bruce Prichard told me to make it my own and feel it.”

Shorty G says that he did feel that promo and that it reflects an evolution of his WWE character. He says that he had to learn that WWE is about more than athleticism. “I’m one of the people who fell in love with wrestling because of the athleticism, but that’s not the only part of what we do here. WWE entertains.”

Despite some fans finding the role belittling to a wrestler with tons of potential, Chad doesn’t see any end to the gimmick or its potential in the company. “the height thing is a message about overcoming whatever people believe are your shortcomings. Everybody can identify with that. That’s an area Chad Gable, up to this point, had been missing. Now you know what he stands for and what he means. Last Friday was the very first step in that process, and it’s only going to get bigger.”

Shorty G didn’t suddenly spark into being either. WWE trademarked the name months ago, and Chad has been fighting for more TV time for months. “Vince finally realized, after me coming into his office over and over, listening to vignettes I created at home and reading pitches I wrote, that I’m not going away.”

For more, including the thoughts of namesake Dan Gable and who Shorty G wants to face in the future, check out the full interview.