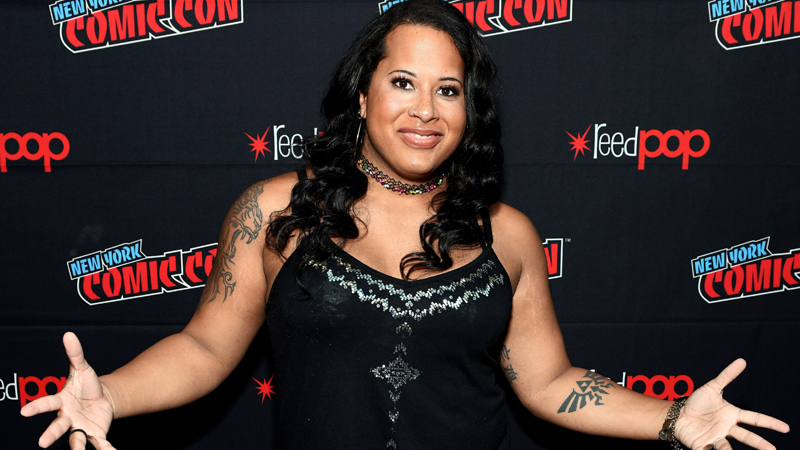 All Elite Wrestling’s (AEW) Nyla Rose was recently interviewed by Women’s Wrestling Weekly to talk about several professional wrestling topics. Rose discussed the diverse representation in wrestling today, how AEW approached her, and her current dream match. Here are the highlights:

Diverse representations in the wrestling industry:

That’s a good question. I don’t know. It’s kind of a two-way street, right. Maybe, my presence will kind of encourage or spark interest, spark that comfortability, in some people, to say, “hey, you know, here she is. She’s on this platform. She made it.” You know, but it is going to be up to the performer to go to a wrestling school and get their traction out there. But yeah, times are changing, gears are shifting, we’re starting to see a lot more diversity in every aspect of that word.

How she was approached by AEW:

The first call was a direct message… A lot of people out there…we’re very candid in discussing how things have operated. So a lot of people are like, “Oh, they are so unprofessional and like passing out deals in tweets. No, that’s not what happened. There were feelers. You know, People are saying, “Hey are you under contract? I’d like to discuss some things with you. You know, are you even at all interested?” So once we got that of the way. Once I realized it wasn’t a practical joke…we exchanged phone numbers and went about things, you know the actual, the professional route. But yeah, the very first message I thought it was a joke, I thought somebody was messing with me. Um, Cause here I am, I’m like, who’s going to sign me, little old me, right? Well, jokes on me, cause here I am.

I don’t know if I get in trouble for saying this, but I’m going to say it. Mia Yim. There’s a little bit of history with us. We started in the same pro wrestling school, so that’s just on a personal level. Having come up with her, watching her get started, supporting each other, watching us both come up in the ranks, I would love that just for a personal like chapter closure.”

Read More: Nyla Rose On Being Identified As Transgender Instead Of Just ‘Wrestler,’ Jon Moxley On Finding AEW ‘Almost By Accident’