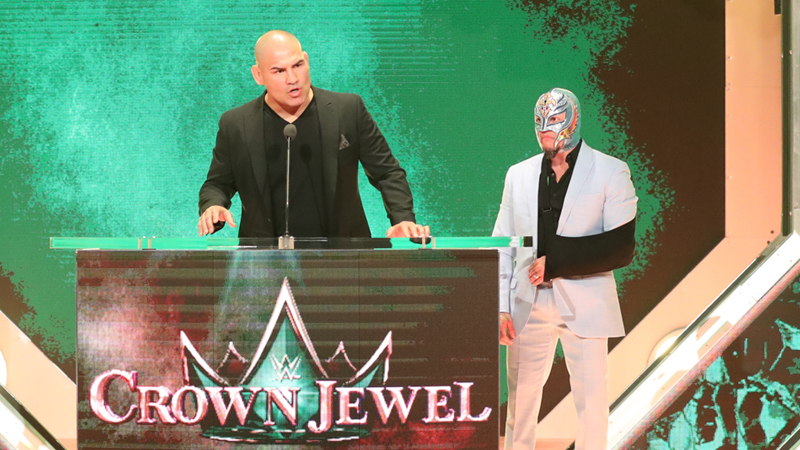 Cain Velasquez is a former UFC Heavyweight Champion and now he’s fighting in a squared circle instead of an octagon. He’ll challenge WWE Champion Brock Lesnar at WWE Crown Jewel on October 31. Before that, on Fight Network’s YouTube Channel, a video diary offers viewers an exclusive look at Vasquez’s new career as wrestler.

“For me, I guess it was just perfect timing,” said Velasquez. “Growing up as a kid, I was a fan and a couple years ago me, my agent Mike and my wife Michelle, we all had the idea of going into pro wrestling and maybe just doing a match and just kinda seeing how it would go. It’s what happened, it’s perfect timing with what’s going on right now in pro wrestling so this has been kind of cool, it’s been a great experience so far.”

RELATED: Cain Velasquez On UFC Retirement, Next Chapter With WWE: Thank You For Welcoming Me With Open Arms