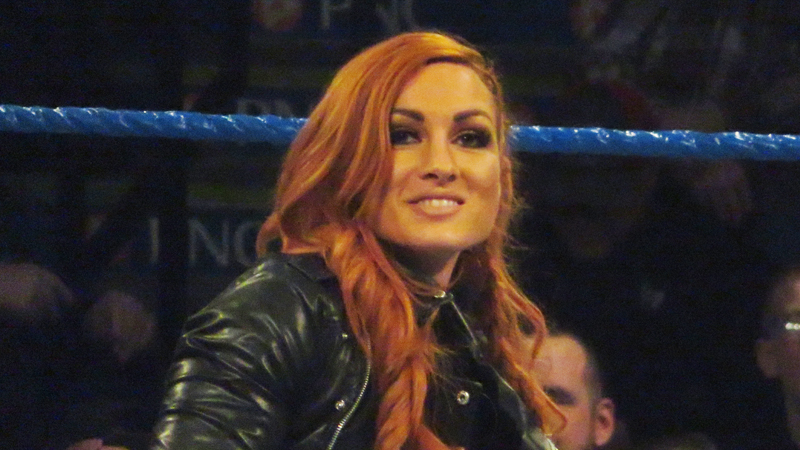 The WWE Draft continued on WWE RAW this week. To open the show, WWE RAW Women’s Champion Becky Lynch faced Charlotte Flair in a singles match. The winner would earn the top draft pick for their brand. After a competitive match, Lynch rolled Flair up for the win. RAW drafted WWE Universal Champion Seth Rollins first and also picked Flair. Friday Night SmackDown chose WWE Champion Brock Lesnar and the New Day. In the final pick of the first round, RAW chose Andrade and Zelina Vega.

It's an incredible back-and-forth encounter between @MsCharlotteWWE & @BeckyLynch to kick off #RAW with the number one #WWEDraft pick on the line! pic.twitter.com/o7VGY5jWOy

Lynch came to the ring and said she can’t rid of Charlotte Flair, her opponent on the show. The Man said she’s ready for war and Flair interrupted her. Flair said she just wants to be Lynch’s friend and wants to be friend. She blindsided Lynch and both women brawled. Officials broke up the fight and began the match. The contest was a stalemate early on. Flair took control and grounded the Man. The Queen slammed Lynch face-first into the steel ring post. Flair continued to dominate. Lynch rallied and hit a missile dropkick for a near fall. Flair locked in a Boston Crab but the Man reversed a Figure-Eight attempt.

Lynch missed a dive off the top rope but she kicked out after a Natural Selection. Flair countered the Disarm-Her and got a near fall after a big boot. Lynch rolled up Flair for the win.