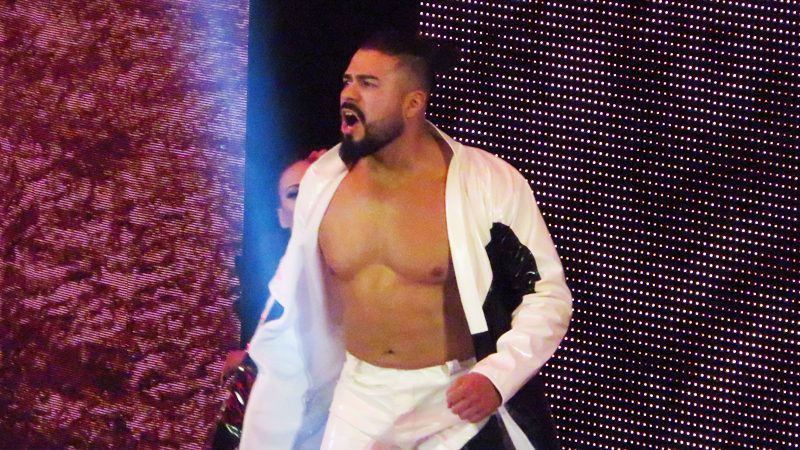 On WWE Monday Night RAW this week, Andrade had the chance to make a statement. After he was announced as the final pick in the first round of the draft, Andrade faced Ali in a singles match. Thanks to the interference of Zelina Vega, Andrade won the contest.

Ali took control early on but Andrade rocked him with a kick to the ribs. Andrade sent Ali crashing to the floor and slammed his shoulder off the ring post. Using the ropes for leverage, Andrade wrenched Ali’s arm. Ali dodged a running strike and sent Andrade sprawling to the floor. Ali leapt over Zelina Vega to hit Andrade with a dive to the outside. Vega hit Ali with a hurricanrana. Andrade capitalized and planted Ali with a hammerlock DDT for the win.