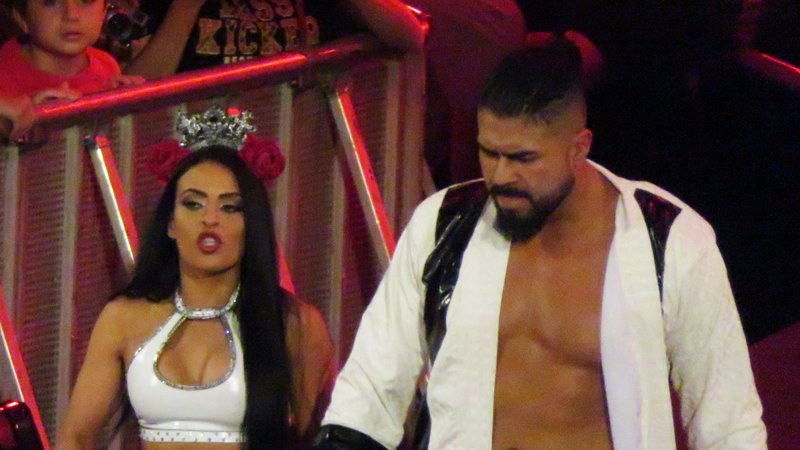 Zelina Vega On Outsmarting The Referee

Zelina Vega helped Andrade pick up another win on WWE RAW this week. Afterwards, in a RAW Exclusive, Vega discussed the victory. “Are you getting on me for outsmarting the referee?” asked Vega. “I mean, since when do we frown upon intelligence? Team effort, cohesive unit.”

“People don’t understand that Andrade is the best thing going here in WWE,” said Vega. “I’m just the one that enhances it.”

“We are the future,” said Andrade.

Zack Ryder and Curt Hawkins lost to the Viking Raiders on WWE RAW this week. But the former WWE RAW Tag Team Champions weren’t deterred by their defeat. In a RAW Exclusive, they came up with a new catchphrase. “Win or lose, never defeated, that’s on our shirt, man,” said Ryder. “Our new catchphrase: the past, present and future.”