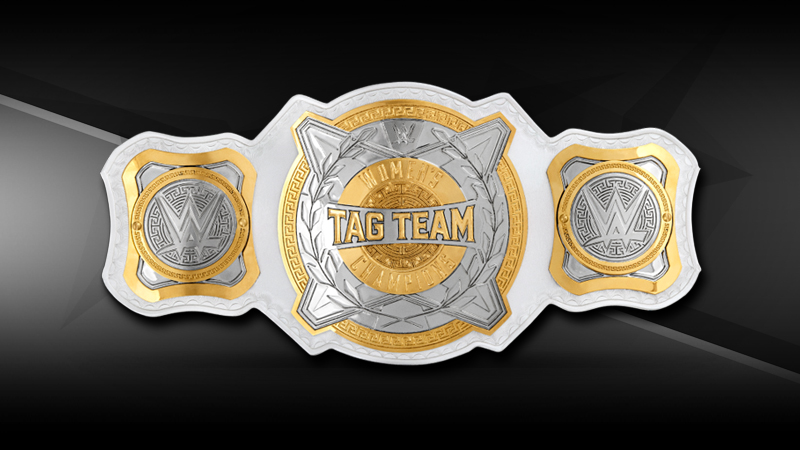 The WWE Women’s Tag Team Champions were rumored to be created from some point in 2015 and it had taken months before any mention of it was made or even the tease of it. It was only during the Christmas episode of RAW where “McManta” announced a big gift – Tag Team Championships for the women’s division.

Naturally, this was met with a lot of excitement because of the growing Women’s roster and the need to utilize talent that wasn’t in the main title scene of either brand. Usually, despite having pushed the women hard, one of WWE’s biggest flaws with booking the women on their roster was that their only real rivalries were the championship feuds – and that itself was very rotational in nature.

It felt like the whole of last year we were asking, like we would be knocking on the door of Vince’s office every week,”

“So that just proves that you should never give up on your dreams. If you’re annoying enough you can make things happen and that’s probably what happened, he just got annoyed with us.”

It is clear that Sasha Banks and Bayley had led the charge to advocate for the women’s tag team titles. It had taken long but their persistence paid off and WWE finally introduced the Women’s Tag Team Championship at Elimination Chamber. It seemed as though the titles were basically made for Sasha Banks and Bayley and that’s exactly what happened when they went through hell in an Elimination Chamber match to become the first-ever WWE Women’s Tag Team Champions.

So unlike the previous year, they actually had something to do at WrestleMania and would defend the titles once at Fastlane before their big test at WrestleMania 35 in a Triple Threat match. The assumption was that Banks & Bayley would retain the titles and go on to hold it for long – but that’s not what happened at all.

In a rather surprising move, The IIconics would win the tag titles at WrestleMania, ending the first tag team championship reign very shortly. There were reports afterward that Sasha Banks and Bayley had protested the decision, wanting a long run with the titles to help establish it. While one would think that it was a very reasonable thought process, apparently WWE felt otherwise.

The issue was not just the title change alone – it was the entire handling of the Women’s Tag Team Championship and the “division” post-WrestleMania. To start off with, Sasha Banks seemed to have some sort of an issue backstage which prompted WWE to give her a few months off. Bayley did benefit big time from this, as she had moved to SmackDown and become the de-facto top female babyface since Becky Lynch made her RAW move permanent.

While the mishandling of the tag team titles did benefit Bayley and give her career the much-needed redemption, it was certainly detrimental towards the female tag teams. To begin with, the tag team roster on the female side wasn’t that big to begin with and it didn’t help that The IIconics were just carrying around the titles without having to defend it at all.

This is where the question comes in: Was the creation of the titles necessary or was it just a short-sighted decision? We would argue against the latter because fans had been clamoring for these titles for a long time and it’s still something that can be built upon. It’s just that the titles have been mismanaged and as a result, is essentially the least-prestigious title on the roster.

This isn’t a shot at any of the tag teams by any means, especially not the IIconics. It has more to do with the fact that there are teams who have the talent but simply aren’t being utilized as they should be. The Wild Card rule should have only led to more feuds for The IIconics, but they’ve had none until the summer of 2019. (Goodbye, Wild Card rule!)

Sasha Banks was right in wanting to defend the titles at NXT and WWE needs to make a major change with the title in order for fans to start taking it seriously. If WWE wants to commit to the Evolution that they’ve spoken about for the last four years, then they need to continue building – and a Women’s Tag Team division will be an integral part of it.

The titles have seen a little more attention and prestige after a solid reign by Alexa Bliss and Nikki Cross, and they are now held by the Kabuki Warriors. The latter has only been champions for two weeks, but seeing more teams in the running—and seeing more teams sticking together after the most recent WWE Draft is a sign that we might be moving in the right direction.