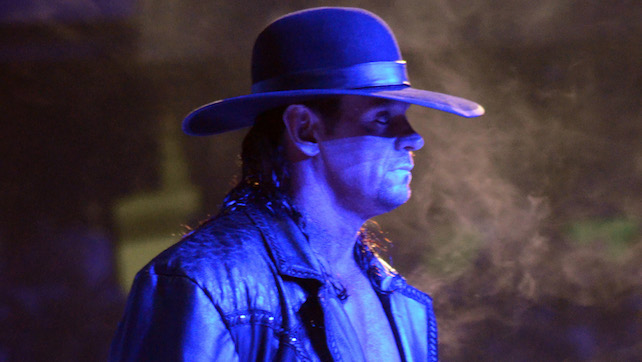 WWE has unveiled a spiffy new championship belt celebrating the legacy of one of their most storied veterans. Limited to a run of only 500, the $750 Undertaker Legacy Belt celebrates all aspects of the Deadman’s career, from The Phenom to The Last Outlaw. Even if you’re not looking for an expensive conversation piece, it’s well worth checking out the design for plenty of little flourishes and nods towards The Undertaker’s legendary career.

Celebrate the legacy and achievements of #TheDeadman with the new #Undertaker Legacy Title.https://t.co/GB5rF4GAr7

RELATED: Undertaker & Goldberg Not Expected For Crown Jewel, Will Be Used As Needed

In a preview for an upcoming episode of WWE Photo Shoot, Kane talks about why no one remembers his brief run with the WWE Championship. Outside of the fact that it only lasted a single day, many forget that it occurred on the same night as Mankind/Mick Foley’s death-defying performance inside Hell in a Cell. While Kane’s win was designed as the story of the night, Foley’s falls ended up taking the spotlight.