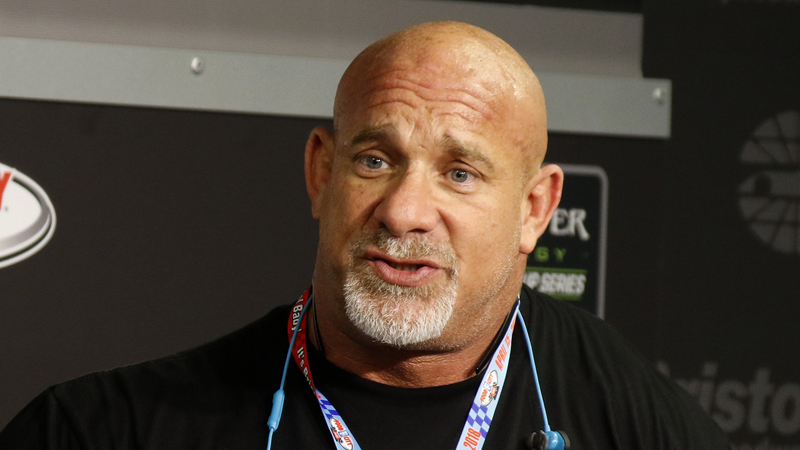 We heard about the intense meeting between Matt Riddle and Goldberg that happened backstage at SummerSlam, but WWE’s latest documentary on the WWE Network showed it in full.

The hilarious and tense confrontation starts when Goldberg (accidentally or not) shoulder checks Riddle while walking by. Riddle playfully goes, “Oh no,” and Goldberg says that he “Didn’t mean to run into [Riddle] like that.” Riddle asks how the former WCW Champion is, and Goldberg tells him that they need to talk … but after his match at SummerSlam. Riddle agrees and says he’ll be in the building and watching his match.

Things start to get increasingly awkward after Riddle says, “I’ll see you in a little, bro,” and begins to walk away. “I’m sure you will, bro,” sarcastically says Goldberg. “Good thing you’re wearing shoes.” After Riddle says he doesn’t need shoes (bro), Goldberg gets tired of being called a bro. “First of all, I’m not your bro,” says Goldberg. “Could’ve been a long time ago but you put a stop to that.”

Riddle then explains himself since Goldberg is clearly upset about the comments Riddle has made in the past. “Okay. [I have] an opinion, if you don’t like it. That’s fine. That’s it. Good.” Goldberg then says it was nice to meet him, to which Riddle responds with, “Pleasure is all mine, bro.” This once again leads to Goldberg saying, “I ain’t your bro.” Riddle can only say, “I hear you. I hear you,” as he walks out.

Check out the hilarious exchange in video form below: