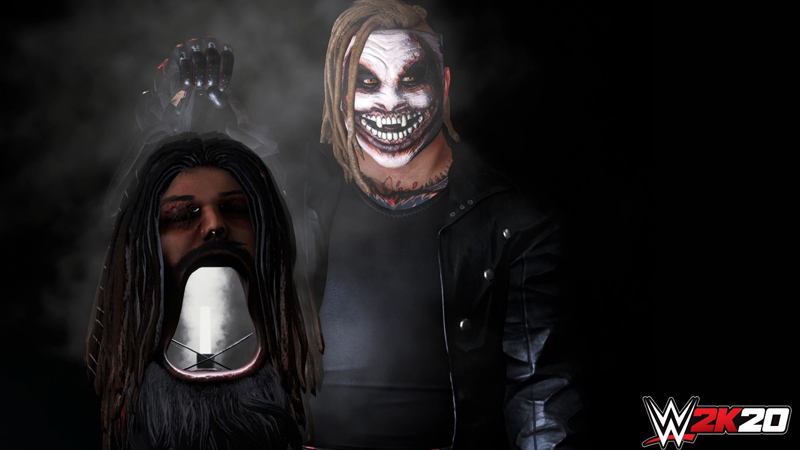 WWE 2K20 fans have another reason to celebrate as the new WWE 2K20 Originals: Bump in the Night content featuring “The Fiend” Bray Wyatt is now live on PlayStation 4, Xbox One, and PC.

Bump in the Night is the pre-order bonus for the Standard Edition of WWE 2K20 and was also included in the Deluxe and SmackDown! 20th Anniversary Edition of the game, but gamers can also make an individual purchase at $14.99. The ‘Bump’ DLC is the first of four announced content packs; each will come with a different theme, with Bump in the Night serving as the perfect compliment for the Halloween season.

A playable version of “The Fiend” Bray Wyatt, a horror-themed Showcase, unique story towers and more spooky variants on favorite WWE Superstars round out the pack.

Add the most unsettling Superstar in WWE to your WWE 2K20 roster!

An alternate “Swampfather” version of Bray Wyatt has amassed otherworldly power, becoming an embodiment of the swamp itself. He lures Finn Bálor to his compound to recruit Finn’s Demon into his group of powered Superstars, which he calls his “Family.” Finn is forced to fight in a series of matches against members of Wyatt’s Family until finally, the power within Finn Bálor is unleashed. Exclusive commentary brings the story to life.

If you opt for the WWE 2K20 Deluxe or Collector’s Edition, you’ll also have access to the complete set of WWE 2K20 Originals downloadable content packs releasing down the road, each with a different theme and comparable amount of content. WWE 2K20 Originals: Bump in the Night is also available for individual purchase at $14.99 for Standard Edition players who did not pre-order the game.

More good news coming out of today’s announcement, as WWE Games revealed the themes for the next three installments of the Originals DLC packs. Fans will be excited to learn Southpaw Regional Wrestling is making a return in the third pack, while the other two are called Wasteland Wanderers and Empire Of Tomorrow. The Wanderers pack will be the next one available, with a ‘late 2019’ announced release window.

The ‘Bump In The Night’ DLC is now live for WWE 2K20. The other themes for the Originals offerings have also been confirmed:

Which Originals pack are you looking forward to most? pic.twitter.com/Fb1nuEu6OJ