HomeNewsWrestling Madness: The Night Rick Rude Appeared On RAW, Nitro (And ECW) On The Same Night

Wrestling Madness: The Night Rick Rude Appeared On RAW, Nitro (And ECW) On The Same Night

Wrestling Madness: The Night Rick Rude Appeared On RAW, Nitro (And ECW) On The Same Night 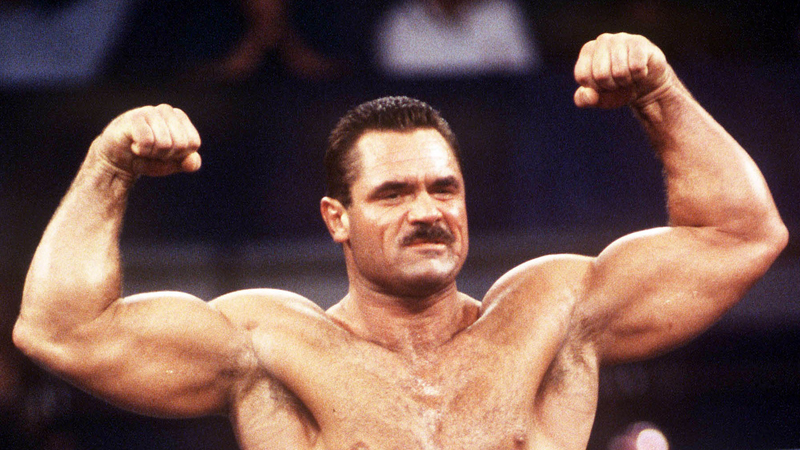 Rick Rude may be one of the most underrated superstars of all time. While he is praised and highly acknowledged today, it’s still a shame that he doesn’t belong in the conversation of all-time greats. There was nobody like him during his time and he carried a certain old school demeanor about him that truly made him stand out.

Easily hated by the men, Rick Rude was the prime example of an arrogant heel at his very best. But in the mid to late 90s, a lot of things had changed for him. Around 1994, he was wrestling a match at Japan against the one and only Sting but suffered a devastating back and neck injury, effectively ending his career.

He would disappear for three full years, up until he returned for ECW wearing a mask. He feuded with Shane Douglas and even did some commentary work around that time. Since ECW and WWF had a really good working relationship at the time, it seemed like the obvious choice for him to eventually go back to the company.

And return to WWF is exactly what he did. However, due to the fact that he wasn’t medically fit to compete, he was given the role of being one of the original members of DX. It consisted of him, Shawn Michaels, Triple H and Chyna. While Chyna served well as Triple H’s bodyguard, it was Shawn Michaels whose bodyguard Rick Rude was.

This was fundamentally where all the problems began. The issue was that while Rude vouched for Michaels on-screen as a part of DX, he was anything but friends with him behind it. Granted, it was a professional working relationship, which was fine in itself, but the fact that Rude had some real tension with Michaels meant it would eventually become problematic.

It was Vince McMahon who pitched the idea of bringing Rude back, but he had no interest in signing him to a long-term contract. Instead, he chose to give him a pay-per-appearance schedule. This along with the fact that Rude had to be Michaels’ lackey didn’t help his cause with WWF that much as well.

Despite this, there didn’t seem to be much interest from WCW – or at least none that Rick Rude let people know of. So time went by and Rude was appearing for both WWF and ECW as well. But the moment where the straw broke the camel’s back was November 9th, 1997, i.e, the Montreal Screwjob.

It was a time where the WWF locker room was torn about who they should side with – Bret Hart or Shawn Michaels. For Rick Rude, there was absolutely no doubt as to who’s side he was going to take – Bret Hart. He was furious about it and approached Eric Bischoff, making a deal under the table with him to jump ship.

One piece of context that must be noted here is that around this period, WWF was alternating between live and taped shows. So on November 10th, 1997, Rick Rude showed up to RAW and showed up to work as he always did. However, he knew that the episode was only to air a week later and that would be his final appearance for WWF.

A week later on Nitro, Rick Rude shocked the world by showing up sporting only a mustache and not the beard he had just earlier. He cut a promo against WWF, Vince McMahon, Shawn Michaels and the Montreal Screwjob in general. He referred to the company as a sinking ship, all while fans watching across the United States were perpetually confused.

That confusion would only be amped up as one hour later, Rick Rude appeared on Monday Night RAW – the episode that was taped the prior week – sporting a beard. At the end of it, WWF was left looking stupid, while Eric Bischoff seemed like the smartest man in the world. It was certainly the talk of the town as it was something that had never happened prior to that.

Interestingly enough, for many across the US, Rick Rude was seen on three different shows in one night. He was still committed to doing his work with ECW and an episode of Hardcore TV aired later that night, featuring Rude on commentary. It was an absolutely surreal feat that may never be repeated again.

Jim Ross and others expressed their surprise at the situation, stating that they spoke to Rude and seemed to be closing in on a new contract deal. However, Rude silently waited for the time to strike and ended up leaving the entire WWF perplexed. Given that there was not much in the way of the internet, it was hard to understand what was going on at first. But perhaps that was the charm of living in such times.