HomeNewsWrestlezone Retrospective: What If Brock Lesnar Stayed In WWE In 2004?

Wrestlezone Retrospective: What If Brock Lesnar Stayed In WWE In 2004?

Wrestlezone Retrospective: What If Brock Lesnar Stayed In WWE In 2004? 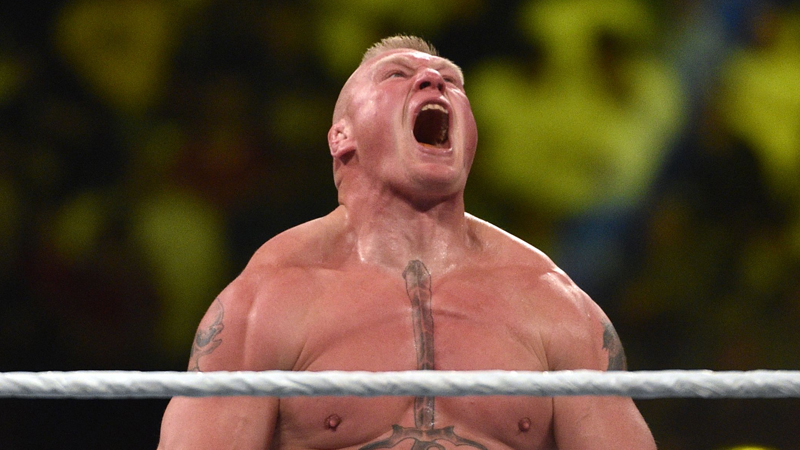 Brock Lesnar was “The Next Big Thing” in 2002 when he debuted. According to Jim Ross, who was WWE’s talent relations head at the time, Vince McMahon had his eyes on Lesnar the moment he saw him at just 22 years old. This was somewhere between 1999-2000 and Ross revealed that due to his incredible legitimate athletic background, Lesnar was a huge priority for them.

They managed to get their guy and by 2002, he was ready for the main roster and things were off to the races from there. His rise to the top was unparalleled, with Lesnar getting the push of a lifetime right off the bat. Within four months, he was already King of the Ring and became #1 contender to The Rock‘s WWE Championship.

At SummerSlam 2002, Lesnar would become the youngest World Champion in WWE history aged just 25 – beating Yokozuna’s previous record. The following year would be career-changing for Brock Lesnar as he established himself as a main eventer in no time. Being a part of the SmackDown brand, Lesnar was a part of the three-way chase for the WWE title, usually involving The Big Show and Kurt Angle.

Even so, in 2002, Lesnar would face quite a few impressive challengers in his own right. But ultimately, he would prevail at the end. This period even saw him become the first person to main event a WrestleMania within just one year of their main roster debut. It was a feat like no other and it was clear that WWE wanted Lesnar to be front and center of their programming.

That’s why it was quite a shock when he did eventually depart a year later in 2004. As we know by now, his final match was the infamous WrestleMania XX disaster against Goldberg, where both men were unceremoniously booed out of the building because fans knew that both men were wrestling their final match. As a result, neither put in any effort whatsoever and that chapter would take over 12 years to redeem.

But ultimately, once WrestleMania XX was in the books, he was done with WWE. He was offered a 7-year, $45 million contract but he declined it, not because he didn’t want the money, but the travel and the schedule had gotten far too much for him. He revealed how he had gotten addicted to painkillers and relied on alcohol way too much. It was clearly deteriorating from a physical standpoint and rather than following the path of superstars who transitioned from Football to wrestling, he chose to go the opposite route, trying out with NFL.

Unfortunately for him, it didn’t work out due to an injury, but in the long run, it turned out to be the best possible thing for him. It allowed him to make the transition into MMA and succeed at it, with UFC wasting no time to sign him. He even went on to become UFC World Heavyweight Champion and had successful title defenses as well before losing it and then losing another fight prior to his retirement.

It was a bad case of diverticulitis where he was forced to retire from MMA regardless. This was when WWE contacted him again with an offer. He accepted and made sure that this time around, everything would be in his favor. While he wasn’t the first part-timer or the only one there, he certainly had the best contract deal in the company.

A lot of people ask what could have been if Lesnar hadn’t left and the reality is that from the perspective of getting a push, it wouldn’t have stopped for Lesnar. In all likeliness, WWE would have attempted to make Lesnar the face of the franchise and John Cena may never have gotten the opportunity to shine, perhaps not even Batista as well.

However, the result may have been the same. If Lesnar was getting burned out the way he claims he was, then he made the right decision from a personal perspective. It allowed him to expand his horizons and becoming a Heavyweight Champion in UFC cemented his Megastar status.

This was what allowed him to leverage for the incredible money WWE still pays him till date. While it would have been interesting to see a timeline where John Cena wasn’t the face of the company, all possible outcomes lead to the fact that he was the best possible choice at the end.

From media to his Make-A-Wish appearances, his dedication, and insane work ethic, there was nobody better for the role at the time than John Cena was. Brock Lesnar is ultimately a more reserved person who enjoys simple farm life and he has every right to do so. Looking back, it all probably worked out for the better.