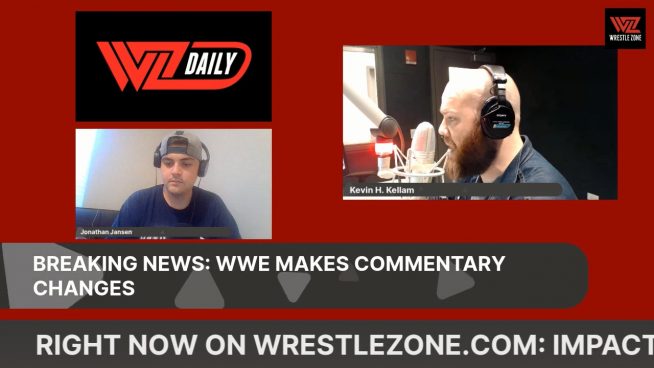 We are a few days away from one of the craziest and most competitive weeks in pro wrestling history. WWE has made big changes to their commentary teams for RAW on USA Network and Smackdown on FOX. All Elite Wrestling and WWE NXT have stacked their proverbial decks for the first night of the ‘Wednesday Night Wars’. Plus we have two huge title matches on TV with a Hell in a Cell special on the WWE Network to look forward to it. Yeah, that is all in one week. And top of that, what is John Hennigan (a.k.a Johnny Impact/Morrison) going to do in his reported WWE return? It’s an extra big 90 minute episode.

WZ Daily today takes in all the anticipation and speculation with 101WKQX’s Kevin Kellam and Sirius XM’s Jonathan Jansen. Join the live stream below or check it out later on-demand as a video or podcast. Subscribe to WrestleZone Radio on iTunes and other podcast apps. We will update this post-show with on-demand options.

Posted by WrestleZone on Mandatory on Thursday, September 26, 2019