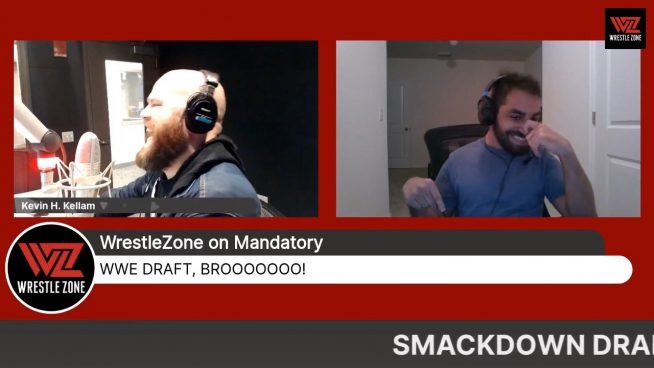 WWE Superstar Mike Kanellis wants out, the WWE Draft is moving and not grooving with some fans, and Cain Velasquez goes from MMA to pro wrestling. WZ Daily for Monday, October 14th jumps into all of this plus host Kevin Kellam goes off on body shaming and Robert DeFelice unleashes ‘VINCE BROSO’ yet again. This show also covers NJPW’s big title change, Jon Moxley, and Darby Allin stepping up to AEW World Champion Chris Jericho.

Posted by WrestleZone on Mandatory on Monday, October 14, 2019