HomeNewsWhat Can We Expect From Randy Orton In WWE For The Next 5 Years? 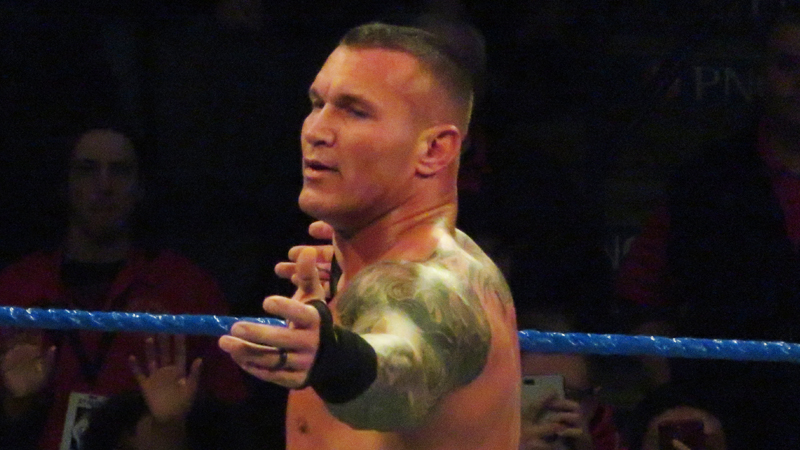 After all the teasing about joining All Elite Wrestling, Randy Orton extended his WWE contract for another five years, to nobody’s surprise. It would be naive to think that Orton would be jumping ship, especially since he’s a “WWE lifer”. WWE is where he began his entire wrestling career and there’s no doubt that it will be where his career ends.

There seemed to be no reason or motivation, to begin with for him to jump ship, which is probably why he did a lot of teasing alongside The Revival. Either way, it was announced on WWE Backstage and on Orton’s Twitter that he had signed a new 5-year deal with the company, effectively keeping him locked until 2024.

That’s a lot of time and a lot longer than many people would have expected. However, he’ll only be 44 when the deal expires, which puts into perspective how long he’s really been around. He is, after all, the youngest World Champion in WWE history and will likely remain so for a long time to come. However, he isn’t looked at in the same light that people do to talents of his time such as John Cena, Edge or even Triple H.

That’s a bit surprising given that he’s a 13-time World Champion, but there’s no denying that as a whole, he didn’t reach the potential that he could have. There are various reasons for that, but he still remains and WWE will always pay him for his loyalty and his legends status. He’s a future multi-time Hall of Famer and is also going to be one of those talents who will be appreciated more when he’s done.

But the question is as to what can be expected from him in the next five years? Will he simply be another legend occupying a spot and coast through feuds and matches as he has done for years, or will we see something different? The logical thing seems to be him eventually transitioning into part-time status.

One can imagine that this is his final WWE contract (similar to AJ Styles) that he’ll be signing before retirement and there could be a deal in place where he performs 2-3 years full-time and finishes off the remainder of the contract as a part-timer. One can’t say that he hasn’t earned it because he has, especially after all the years he’s put in on the road. He is one of the last remaining legends of his generation in WWE and the only one who hasn’t gone part-time.

He certainly could if he wanted to but seems to be enjoying his time in WWE. He’s moved to RAW after 3 years on the blue brand and that’s an exciting development because it opens the doors for many new rivalries for him. Hopefully, creative can come up with some really good storylines that he can get personally invested in because we all know that nobody is better than a motivated Randy Orton.

This wouldn’t just involve new feuds, but hopefully some major character development for Orton as well. Since this could be his final stretch in WWE, it’s the perfect time to reinvent himself and portray an entirely different side. He’s still only 39 and has quite a few years ahead. Moreover, his in-ring style is so WWE-centric and safe that he hasn’t accumulated too much damage over the years nor has he been known to deal with nagging injuries of sorts.

Hopefully, this 5-year run can be an entirely different chapter for The Viper and one that will help remind fans why he has the legacy that he does.